Anybody more info also when the Sukhoi will be loaded in the system of SN ?
Lots of Sukhoi in europe nowadays

Anybody knows more about it?

I got some more information: bmi regional will wet-lease an SSJ100 from Cityjet for its Bristol operations. Hence we might see an SSJ100 on the SN/BM route between BRU and BRS if traffic is such that the ERJ145 is not sufficient.
André
ex Sabena #26567
Top

Who has the biggest overheads bins in the regional jet market? The SSJ100 indeed!! 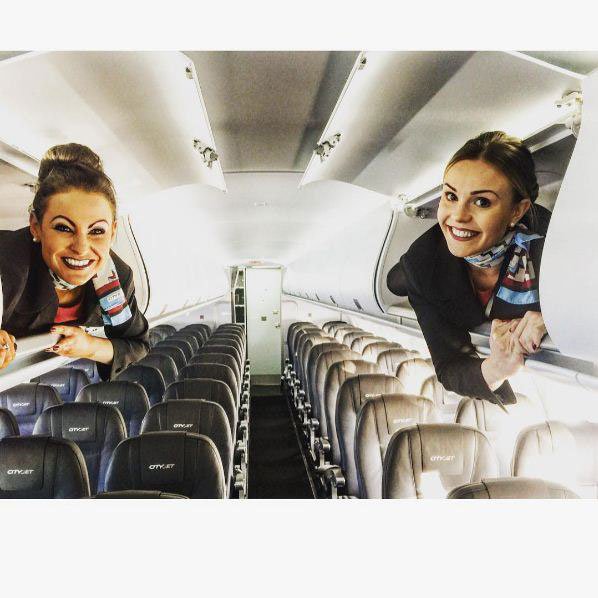 Where did they learn to salute with their left hand?
Top

Where did they learn to salute with their left hand?

The Irish, like the British, drive on the wrong side of the road.

My daughter took it today to Berlin

Russian Energy Minister Alexander Novak said that there is a concrete agreement between Russia and Iran for purchase for 12 planes already.

Iran has shown interest in purchasing 100 Russia’s medium-haul Sukhoi Superjet 100 (SSJ100) passenger planes but the agreement has only been reached regarding 12 aircraft as of the moment, Russian Energy Minister Alexander Novak said Saturday.

That would be great news for Sukhoi, I wish both parties a successful conclusion!
Top

The Sukhoi people like nice crew on their SSJ100 aircraft. I guess this one is from Russia: 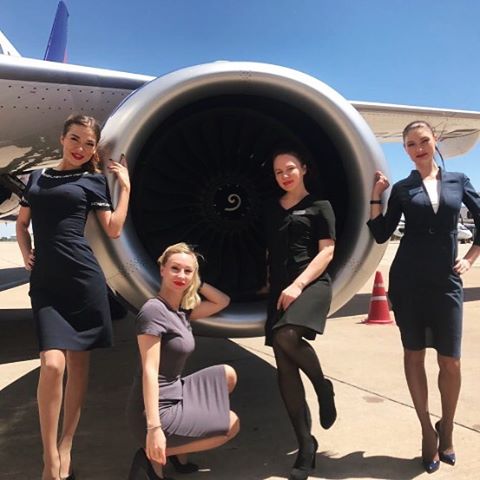 The Sukhoi Holding fully consolidated the management of the main production programs for the Sukhoi SuperJet 100 aircraft. Sukhoi Civil Aircraft (SCAC) bought out 41% of the structures of the Italian Leonardo-Finmeccanica in SuperJet International (SJI), which supplies the aircraft abroad. The Italian side has retained 10%, writes Kommersant newspaper.

In a report published on April 21, JSC Sukhoi Civil Aircraft (owned by PJSC Sukhoi, a member of the United Aircraft Corporation-UAC) under IFRS for 2016 reported that Sukhoi fully consolidated the main production programs of SSJ 100, based on the structures of the Italian Leonardo-Finmeccanica. At the end of March, the SCAC for € 1 acquired 100% of Wing Ned B.V., owning 41% of shares in SJI (JV Sukhoi and Finameccanica company Alenia Aermacchi), which promotes the aircraft abroad. Sukhoi was received back 100% of the SCAC in December 2016, after buying out 5.53% of shares from Leonardo's company World's Wing.

The fact that Leonardo-Finmeccanica can minimize participation in SJI was reported by Kommersant on June 17, 2016: it was assumed that the Italians would transfer to the UAC structures 41% of their controlling interest, retaining only 10% (with the possibility of subsequent sale of this package) . But the scheme also implied that the Russian side through Sukhoi will return the accumulated debt of the SCAC and SJI to Finmeccanica - about € 135 million at the end of 2015, as well as cover the cost of staff reduction and pay the rest of the interior design of the aircraft for a total of not less than € 25 million

A source specified that the total amount of payments turned out to be "substantially less than the original", having been reduced by clarifying the contribution of participants to the project. Leonardo-Finmeccanica re-addressed Kommersant's questions to UAC, where they declined to comment, but noted that SJI "remains an independent legal entity registered in Italy with an independent board of directors."

Sukhoi Civil Aircraft successfully completed EASA certification for its new SSJ100 B100 variant. The new model differs from the basic version of the aircraft installation of the engine family SaM-146 with increased takeoff thrust, which is also used on the SSJ100 with increased range.
André
ex Sabena #26567
Top

A nice aircraft, I wish they could sell better. Were they not planning a longer version that would accomodate 120 pax ?
Top

yes, Sukhoi Superjet 130 or Superjet NG is planned for 2020
Visit my flights on: http://www.quixoticguide.com
Top

Thanks, it may help filling the orderbook , can't wait to see this version enter into service.
Quixoticguide, may I ask, are you really located in Pyongyang ?
Top
Post Reply
223 posts