sn-remember wrote: ↑18 May 2017, 11:16 Thanks, it may help filling the orderbook , can't wait to see this version enter into service.
Quixoticguide, may I ask, are you really located in Pyongyang ? 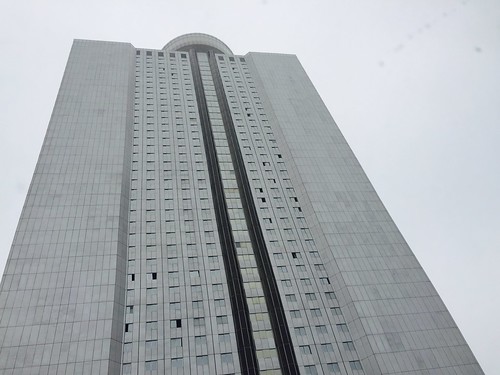 Are you serious ?
Well this is certainly an unusual career plan congrats !
However I am surprised I thoughts Koryo was banned from EU skies, then I checked on wiki (not a bible I know) they state the following :
"In March 2010, Air Koryo was allowed to resume operations into the EU with their Tu-204 planes which were fitted with the necessary equipment to comply with mandatory international standards. All other Air Koryo aircraft remain banned from landing at EU airports or overflying EU airspace."
And .. well all the best

Even my (usually very serious, and not always very quick) mind never took this serious - but did grin broadly ...
Top

Well .. to tell the truth I was not believing him (too much) either

Aeroflot Group approved the leasing of four new SSJ100s, to be leased from VEB Leasing (Russia).

At the same time, Aeroflot is suing Sukhoi Civil Aircraft for US$10.2 million over a 2011 contract for 10 SSJ100s leased from VEB Leasing.

The Russian-French SaM146 engine that powers Sukhoi Superjet 100 (SSJ100) airliners has logged over 620 thousand flight hours in operation. The SaM146 engine, produced within the 50/50 partnership between Safran and UEC, is successfully operated all around the world by well-known airlines such Russian Aeroflot, Mexican Interjet and Irish CityJet.

UEC and Safran, PowerJet mother companies, are both exhibiting SaM146 engines at their respective stands at Paris Air Show 2017 in Le Bourget (France).

SaM146 is an integrated power plant which includes the engine and the nacelle equipped by a thrust reverser. The deliveries of SaM146 and all the after-sales services are performed by PowerJet, a joint venture formed on the principles of equal representation by Safran Aircraft Engines and Russian UEC-Saturn (a part of the United Engine Corporation, UEC). UEC-Saturn is a developer and producer of the fan, the low-pressure compressor and the low-pressure turbine, and is also responsible for the final engine assembly and its testing. Safran Aircraft Engines is a developer and producer of the high-pressure compressor, the combustion chamber, the high-pressure turbine, the gearbox, the FADEC system. The French company also performs the overall integration of the power plant and is responsible for the final engine assembly and ground tests.

Since starting revenue service in 2011, the SaM146 engine has demonstrated the exceptional performance in service, with an engine dispatch reliability of 99,9%. Such performance is based on Safran Aircraft Engines and UEC experience in commercial engines to develop the SaM146. Its optimised design improves performance and facilitates on wing maintenance to keep up with the best rate of availability.

SaM146-powered SSJ100 are currently used by 15 operators. Some of them are conducting very intensive operations in harsh environments

In order to build the world class after-sales support system, two spare part distribution centres are operating in Russia (Lytkarino) and France (Villaroche). Such localisation of the warehouses lets us to deliver spare parts practically anywhere around the world in 24 hours. Two training facilities for airlines' technical personnel also function there. The round the clock customer support centre and a web-portal are also in operation.

UEC (United Engine Corporation, a part of the Rostec State Corporation) is specialising in development, serial production, service and support of engines for military and civil aviation, space programmes and navy, as well as oil and gas industry and power generation.

CityJet (Ireland) became the first operator to receive residual value guarantees for SSJ100s, after a total of US$20 million was allocated in 2015 to cover the six SSJs currently in operation with the carrier.
André
ex Sabena #26567
Top

Sukhoi Civil Aircraft's SSJ100 confirmed its ability to fly from short runways, after landing in Bromma, Sweden, even loaded with maximum landing weight and the B100 package option.
André
ex Sabena #26567
Top

sn26567 wrote: ↑10 Jul 2017, 18:14 Sukhoi Civil Aircraft's SSJ100 confirmed its ability to fly from short runways, after landing in Bromma, Sweden, even loaded with maximum landing weight and the B100 package option.

A breakthrough for Brussels Airlines & Cityjet! What will happen to the Avro's on that route? Will they be operated along the SSJ?
Top

sn26567 wrote: ↑10 Jul 2017, 18:14 Sukhoi Civil Aircraft's SSJ100 confirmed its ability to fly from short runways, after landing in Bromma, Sweden, even loaded with maximum landing weight and the B100 package option.

Sukhoi Civil Aircraft (Russia) is currently engaged in negotiations with several African countries, including Nigeria, Ghana, Zambia and Namibia, on the delivery of SSJ100s. Also, the establishment of a joint leasing company with African counterparts is currently being considered.
André
ex Sabena #26567
Top

sn26567 wrote: ↑14 Jul 2017, 23:36 Sukhoi Civil Aircraft (Russia) is currently engaged in negotiations with several African countries, including Nigeria, Ghana, Zambia and Namibia, on the delivery of SSJ100s. Also, the establishment of a joint leasing company with African counterparts is currently being considered.

Sukhoi Civil Aircraft concluded a contract with Zambian carriers for five SSJ100s to be delivered in 2018, with four more aircraft possibly being delivered to the newly created airline of Zambia.
André
ex Sabena #26567
Top

Sukhoi Civil Aircraft (Russia) delivered six SSJ100s in the first half of 2017 – down 33.3% from same period last year due to most deliveries scheduled for the second half of the year.
André
ex Sabena #26567
Top

Not much persuasion required if things are defined in a Bilateral Agreement between both countries...
Top

EI-FWC from Cityjet is in Erfurt since the 28th of October. I discovered that at Erfurt airport there was a company painting aircraft. Maybe a livery for SN!? Someone has info? Thank you