The Farnborough Air Show is back this month.

Airbus confirms that the A350XWB will make its first airshow appearance Farnborough between July 14-20 (flying and static display).

Embraer will unveil a mock-up of the E-Jets E2 cabin interior. The E195 commercial jet and the ERJ 135 Shuttle will be at the static display, along with the large business jet Legacy 650.

Six of Bombardier’s industry-leading aircraft will be on static display. They include the Learjet 75, the Challenger 350, the Challenger 605 and the Global 6000 business jets, as well as the Q400 NextGen turboprop and CRJ900 NextGen regional jet. The Commercial Aircraft Hospitality Lounge will house the mock-up of the CSeries airliner’s flight deck and cabin demonstrator.
André
ex Sabena #26567
Top

Airbus might announce the launch of the A330neo at Farnborough and is looking for potential buyers ahead of the show. The chances have improved of securing at least two buyers.

Airbus Group's board has not so far given official authorisation to start marketing the plane, but is ready to give a green light if commitments are secured for an initial order batch that some estimate between 50 and 100 aircraft.

Possible clients include Delta Air Lines, which is shopping for as many as 50 jets, and AirAsia, which has pushed for an A330 upgrade, as well as lessors that have expressed support such as CIT and Air Lease Corp.

Reuters reported in June that Airbus was poised to launch the A330neo with Rolls-Royce as sole engine supplier.

The aircraft will be offered in two versions equivalent to the two existing 253-seat and 295-seat models and offer 14-15 percent greater efficiency than the existing model.

Would Boeing be jealous? "Even to have a discussion on the A330neo is a sign that their A350 strategy has failed" says Boeing's Tinseth on arch-rival...
André
ex Sabena #26567
Top

ATR Static display: An ATR 72-600 in the colors of the Brazilian airline Azul will be on display in the static area of the exhibition. Since its launch at the end of 2007, the ATR 72-600 has become the best-selling regional aircraft with less than 90 seats worldwide. The aircraft is equipped with a new glass cockpit avionics suite and the new “Armonia” cabin created by the Italian industrial designer Giugiaro. The cabin features with the very latest technological passenger comfort innovations.

A DeLorean DMC, concept-car designed by Giugiaro and synonymous with the “Back to the Future” films will also be on display in the static area, next to the ATR 72-600, to symbolize the return of propeller-driven aircraft as the future technology for regional aviation.
André
ex Sabena #26567
Top

A big disappointment on the military side of the event: the F-35 will not fly at the Air Tattoo (a few days before Farnborough) and its appearance at Farnborough itself is in jeopardy as well!

The F-35 fleet has been grounded by the Pentagon since 3 July following an engine fire on the runway at Eglin Air Force Base in Florida on 23 June.
André
ex Sabena #26567
Top

The Boeing 787-9 has arrived at Farnborough.

A magnificent Vulcan display in the air today: 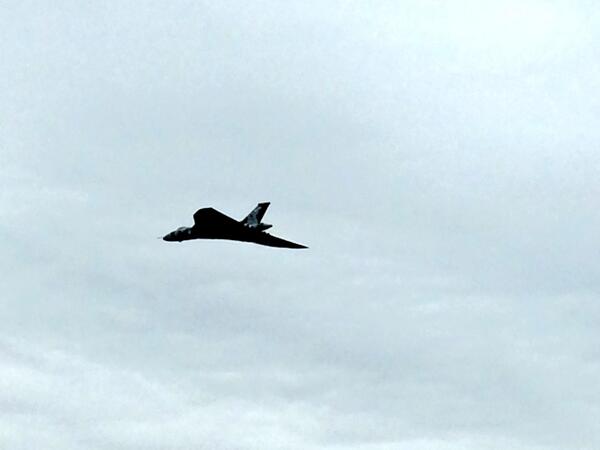 sn26567 wrote:Airbus might announce the launch of the A330neo at Farnborough

The rumours are getting stronger: the A330-800neo and A330-900neo will be upgraded versions of the A330-200 and A330-300 respectively and include some cabin improvements and 400 nautical miles more range, while Airbus will also study ways of improving the use of floor space.

The new model will have at least 14 percent greater fuel efficiency and a new version (7000) of the Rolls-Royce Trent engine.

Qatar Airways will showcase its aircraft for the two major manufacturers: the Airbus A320 Sharklets, the Airbus A350-900 and the Boeing 787-8 will all be exhibited in Qatar colours.
André
ex Sabena #26567
Top

At Farnborough Boeing will announce a new minor model of the 737 MAX: the 200-seat MAX 8 which includes the additional mid-exit door from larger MAX 9. Will it be called the MAX 8.5 ?
André
ex Sabena #26567
Top

The Russian delegations have been denied UK visa's for participation at Farnborough, probably related to the Ukrainian crisis.

Kick off of the Air Show: IAG orders 20 A320neo Family aircraft intended for operation by British Airways. This order is the conversion of an option from the August 2013 bumper Vueling order. The new aircraft will replace 21 short-haul planes. 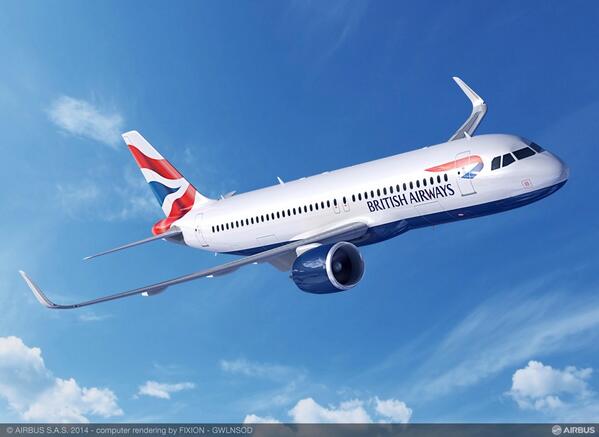 On A330neo launch: "We know this airplane from the 1980's. We're very comfortable with our own products."

Air Lease Corporation signs a Memorandum of Understanding for 25 A330neo and a firm order for 60 A321neo. ALC becomes the first announced A330neo customer.

Usually Farnborough is a show where Boeing registers a leading sales position (as opposed to Le Bourget where Airbus is in the driver's seat).

But this year it seems that Airbus is stealing the show in Farnborough as well. Still more orders! Amsterdam-based lessor AerCap orders 50 A320neo.

Falcon Aviation Services converts LOI to firm agreement for 2 CS300. And airBaltic is disclosed as the hidden customer that ordered 3 CSeries in February 2014.

More surprising: Eastern Air Lines places a firm order for 20 MRJ90 aircraft from Mitsubishi Aircraft Corporation, even before a test flight has taken place. With an option for 20 more.

Last order yesterday: AerCap, the lessor headquartered in Amsterdam, the Netherlands, has firmed up an order for 50 additional A320neo Family aircraft

Looks like lessors are the only ones placing orders?
Any particular reason why airlines are largely absent so far?
Top 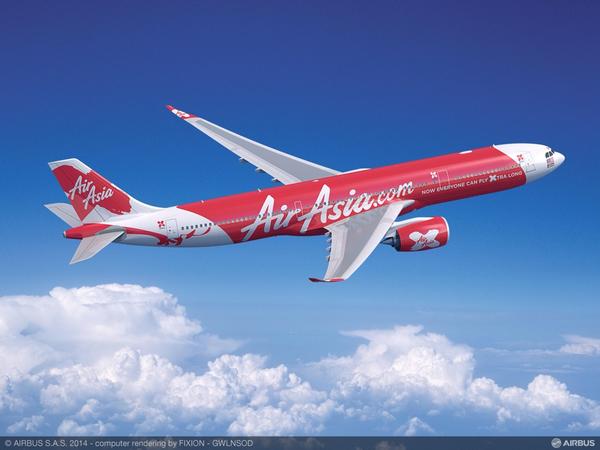 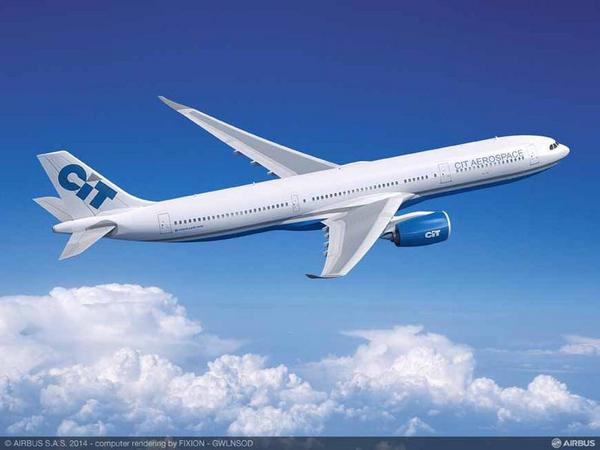