They are already doing some production testing with the first CS300.
Top

They are already doing some production testing with the first CS300.

One of the recent flights in my logbook was onboard the brand new Swiss CS100. The flight was LX787 from Brussels (BRU) to Zürich (ZRH). What a wonderful plane and an experience! https://aviogeek.com/flights/lx787-bru-zrh/
Branko Sabaric
www.aviogeek.com
Top

Bombardier CEO Alain Bellemare said an anti-dumping petition filed by Boeing against the US sale of the new CSeries would have a “serious” impact on airlines, innovation and competition in the aerospace industry.
André
ex Sabena #26567
Top

Delta Air Lines will base its first CS100 in New York, with no word on what markets the aircraft will serve or whether it will serve new routes in 2018.
André
ex Sabena #26567
Top

First Korean Air CS300 is all painted in Montreal Mirabel 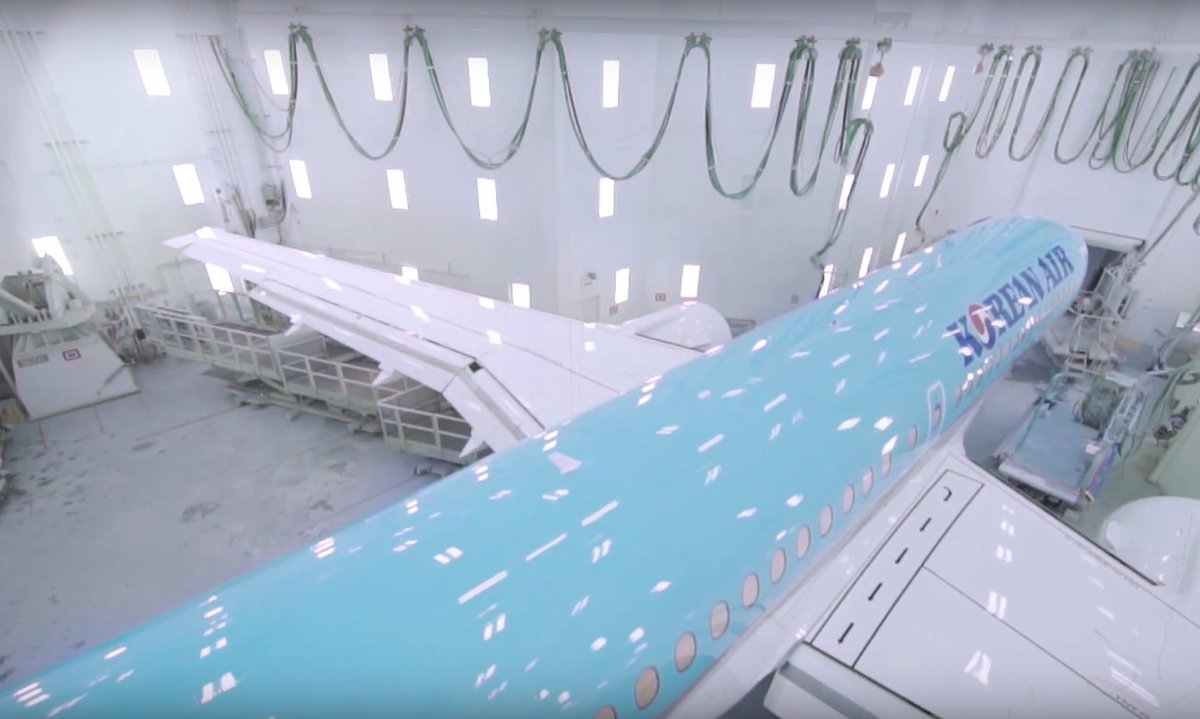 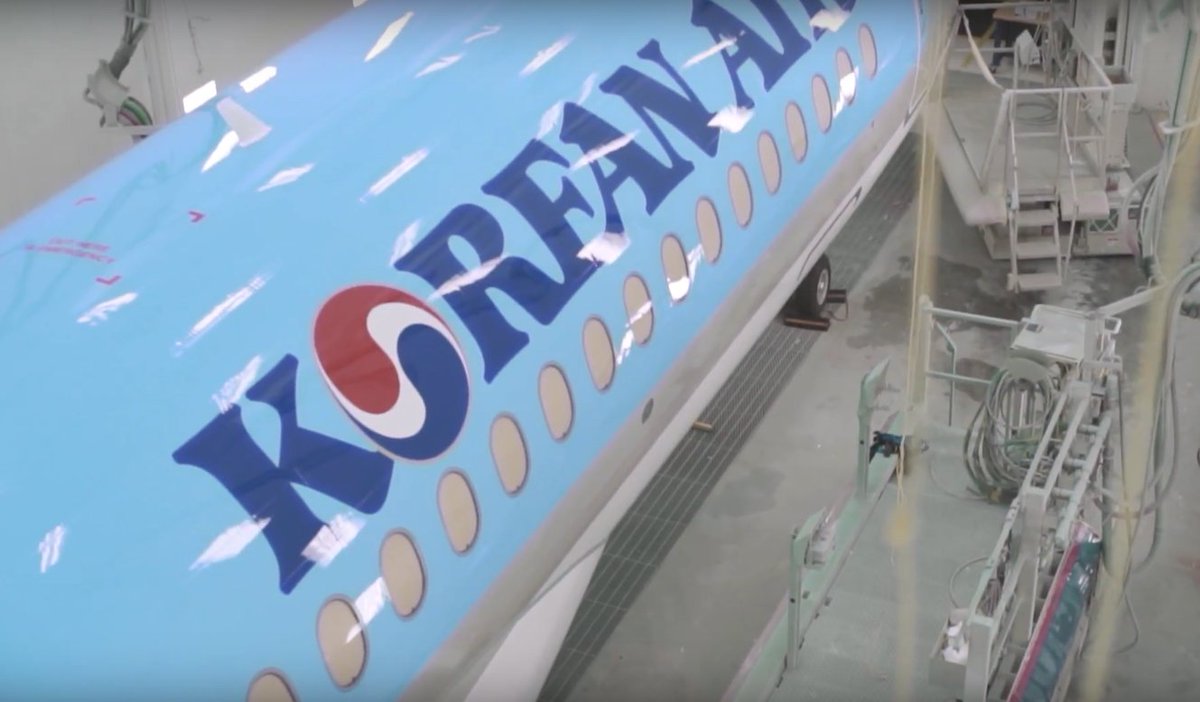 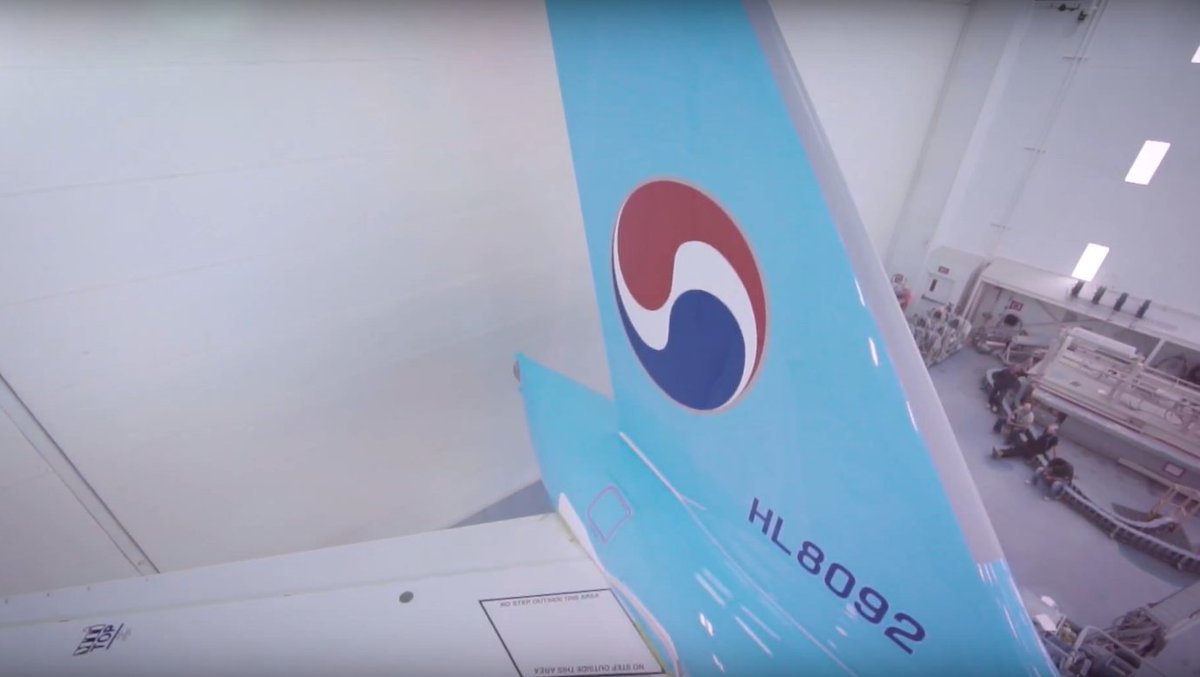 Troubles for the C-series in the US as the U.S. Commerce Department imposes an import tariff of 220 percent. If confirmed by the U.S. International Trade Commission next year, this might put the large Delta order in jeopardy.

Bombardier's $6 Billion Jet Takes Hit as Boeing Wins U.S. Duties
(Bloomberg) -- Bombardier Inc.’s all-new jetliner, which cost at least $6 billion to develop, just got harder to sell in the world’s largest aviation market. The U.S. Commerce Department slapped import duties of 220 percent on the C Series plane Tuesday, citing improper subsidies after a complaint by Boeing Co. The preliminary determination threatens to upend Bombardier’s planned deliveries next year to Delta Air Lines Inc., which ordered at least 75 jets with a list value of more than $5 billion. The U.S. penalties create a new hurdle for Bombardier Chief Executive Officer Alain Bellemare, who is trying to turn the company around after the C Series came in more than two years late and about $2 billion over budget. With the exception of a two-aircraft order from Air Tanzania in December, Bombardier hasn’t booked a major sale of C Series jets since the Delta deal in April 2016.
The import duties could be reversed by the U.S. International Trade Commission if the trade tribunal determines that Boeing wasn’t injured by Bombardier’s jet program. That decision is expected to be made next year. Prime Minister Justin Trudeau has said the Canadian government won’t buy Boeing military jets unless the company drops its case against Bombardier.
The Montreal-based manufacturer said Boeing was “seeking to use a skewed process to stifle competition and prevent U.S. airlines and their passengers from benefiting from the C Series.” The aircraft entered commercial service last year in Europe. “The magnitude of the proposed duty is absurd and divorced from the reality about the financing of multibillion-dollar aircraft programs,” Bombardier said in a statement.
Boeing has accused Bombardier of selling its biggest jet in the U.S. at less than fair value, while benefiting from unfair government subsidies in Canada. The U.S. planemaker has argued that the C Series wouldn’t exist without the assistance, noting that Bombardier received money from the Canadian and Quebec governments to develop the aircraft and further aid from both in recent years to shore up the company’s finances.
Delta noted the decision is “preliminary” and said the real ruling will come early next year, when the International Trade Commission makes a final determination of whether any U.S. manufacturer will be harmed by imports of the plane. In June, the ITC made a preliminary ruling that Boeing, maker of the 737 narrow-body, may have been harmed by Bombardier.
“We are confident the USITC will conclude that no U.S. manufacturer is at risk because neither Boeing nor any other U.S. manufacturer makes any 100-110 seat aircraft that competes with the CS100,” Delta said in a statement.
The Atlanta-based airline agreed to buy at least 75 of the CS100 planes, the smaller C Series variant. Delta has been preparing to take delivery of the jets in the spring, and was expected to allow pilots to bid on flying assignments in the coming months. Those and other preparations will continue, Delta spokesman Morgan Durrant said. But other potential U.S. buyers of the C Series are likely to think twice before placing any orders in the immediate future.
Top

MD-11forever wrote: ↑
27 Sep 2017, 10:51
Troubles for the C-series in the US as the U.S. Commerce Department imposes an import tariff of 220 percent. If confirmed by the U.S. International Trade Commission next year, this might put the large Delta order in jeopardy.

Bombardier is nearing a deal to sell at least 14 CS300s to airBaltic (Latvia) before the end of 2018, in an order with a list value of about US$1.25 billion. The airline will switch to an all-C Series fleet, having settled on an additional purchase of the Bombardier jets.
André
ex Sabena #26567
Top

6 out of 7 AirBaltic CS300 aircraft remain grounded because of an issue with the PW1500G engines. YL-CSF has just returned to traffic.
Visit my flights on: http://www.quixoticguide.com
Top

This looks like old news which has not been updated. In the meantime, several SWISS CSeries-300 aircraft already landed at BRU.

This looks like old news which has not been updated. In the meantime, several SWISS CSeries-300 aircraft already landed at BRU.

Check our Belgium spotting forum for more information on the dates: viewforum.php?f=21

Delta Air Lines refuses to pay a 300% US tariff on CSeries jets, raising doubts about its purchase of 75 of the new aircraft at a list price of more than US$5 billion. Carrier still expects to take delivery of the CSeries order, as it believes that Boeing will ultimately not be able to prove it was harmed.
André
ex Sabena #26567
Top

Canadian Prime Minister Justin Trudeau told US President Donald Trump that he would block his country’s armed forces from buying Boeing aircraft if the US presses ahead with plans to slap import tariffs of 300% on Bombardier CSeries aeroplanes.
André
ex Sabena #26567
Top

sn26567 wrote: ↑
14 Oct 2017, 15:13
Canadian Prime Minister Justin Trudeau told US President Donald Trump that he would block his country’s armed forces from buying Boeing aircraft if the US presses ahead with plans to slap import tariffs of 300% on Bombardier CSeries aeroplanes.


Enders and Bombardier president and CEO Alain Bellemare later acknowledged, however, that under current rules, aircraft that are assembled in a US facility are not subject to US duties.

While the executives did not give any timelines for when the first CSeries could roll off the Mobile final assembly line, Bellemare said Delta “loves the aircraft” and was willing to wait while “the right solution” was found.

(Bloomberg) -- Airbus SE agreed to acquire a majority stake in Bombardier Inc.’s C Series jetliner program and will start assembling them in the U.S., vaulting a technologically advanced but slow-selling plane onto the front lines of the battle with Boeing Co. over global aircraft sales. Without putting up a dime at closing, Airbus will take just over half of a partnership controlling the C Series. The European planemaker’s marketing muscle boosts the viability of the all-new aircraft after more than $6 billion in development costs forced Bombardier to rely on government assistance.
The deal also thrusts Airbus into the middle of a bitter trade spat between the Canadian manufacturer and Boeing. Following a Boeing complaint that Bombardier sold 75 of its C Series jets to Delta Air Lines Inc. for “absurdly low prices,” President Donald Trump’s administration slapped the aircraft with import duties of 300 percent in recent weeks -- roiling U.S. relations with Canada and the U.K., where Bombardier makes the plane’s wings.
In a potential effort to circumvent the tariffs, Airbus will add another final assembly line for the C Series at its factory in Mobile, Alabama. The facility will serve U.S. customers and complement production in Canada, according to a company statement late Monday.
It’s too soon to say if the new Alabama production line would enable the C Series to avoid U.S. tariffs. The duties were applied to C Series planes “regardless of whether they enter the United States fully or partially assembled,” according to a U.S. government fact sheet on the matter. Boeing said Airbus and Bombardier were just trying to get around the restrictions.
“This looks like a questionable deal between two heavily state-subsidized competitors to skirt the recent findings of the U.S. government,” Boeing, the world’s largest aerospace company, said in an emailed statement. “Our position remains that everyone should play by the same rules for free and fair trade to work.”
Top
Post Reply
184 posts