Bombardier today launched a high-density variant of the CS300. The new model will feature up to 160 seats (with a seat pitch of only 28 in.) through a mid-fuselage extension and have a second over-wing exit on both sides. The CS300 was initially developed for 130 seats and as such it was intended to be a competitor of the A319 or the B736. The extra capacity option will be available in-production, but also as a retrofit.

Air Baltic will be the first customer for the new variant, of which it has ordered 10 aircraft, but its planes will have a more reasonable 148 seats.

The CS100 will compete on the market with the Embraer E190 and the Airbus A318. The launch customer for the CS100 is the Lufthansa group for Swiss.
André
ex Sabena #26567
Top

I love the engines, these geared turbofans are really big in contrast to the size of the aircraft

At the Q&A session today, some additional information was provided:

RoMax wrote:I love the engines, these geared turbofans are really big in contrast to the size of the aircraft

Looking forward to try a Swiss one in 2014

The fact that the wings, wing bay, engine pylons,... are not finished yet make the engines look a bit out of proportion (everything around it is 'smaller/thinner' than it will eventually be). I'm quite sure it'll look great once it's finished and painted.

Too early (for me) to tell if it looks better or not than other similar sized aircraft.
Top

Indeed, I wonder where it's going to stop. Usual seat pitch used to be 31-32 inches. Then, network carriers noticing taht pax accepted the 29-30 inches offered by LLCs, startd to reduce the seat pitch on their own aircraft. I think (correct me if I'm wrong) that the new seating configuration within the LH Group is 30 inches on European flights. Already insane. The younger the pax, the taller they get. Only airlines don't seem to notice that pax in Europe are not as short and slim as, for instance, their Chinese counterparts.
A young traveler in Europe today is nearly always over 1m80. I have friends who have tow boys in their twenties who are both 1m90/1m93 : they hate traveling by plane. They say it's a torture due to lack of leg space. They'd ratehr take the car or the train (if the distance allows for it).

Yes totally agree, but this 28" is when they have 160 seats. I assume most airlines opting for the high density version, simply want more than 145 seats (the max without the extra emergency exits).. Like Air Baltic, they'll have 'just' 148. It's not comfortable, but it's reasonable. Tough some real LCC's probably want the 160 indeed, hopefully for just very short flights...
Top

That depends on how you define 'launch customer'. With Boeing for example I know that they see the first airline to place a firm order, as the launch customer, even if that's not the first one to fly with it.
Top 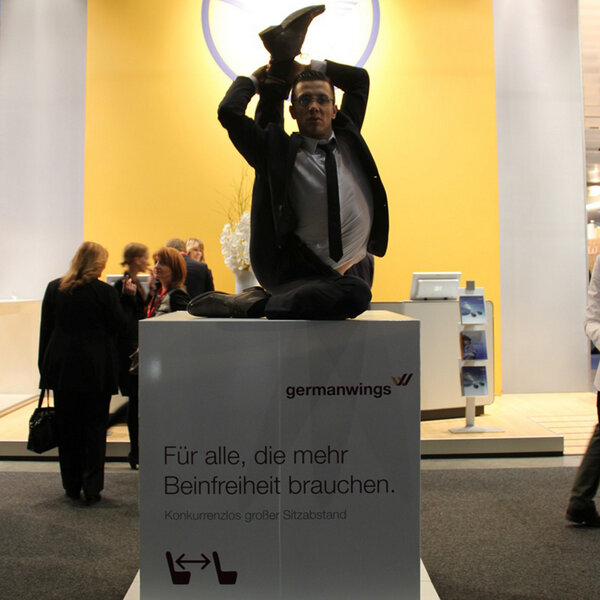 The CSeries first flight has been further delayed until past the end of July. It will fly in "coming weeks", according to Bombardier, which adds that "more time is needed to ensure mature systems integration."

Those engines sound like a hairdryer but a very beautiful noise. So that's what the PW1000 sounds like.
Congrats to BBD, beautiful airplane.

I don't believe in the CS100 but the CS300 will certainly be an aircraft to look out for.
Top

The Cseries test program has come to a halt while waiting for the outcome of the investigation.

I'm a bit skeptical about the magic formula of the GTF. In my opinion, while there will be savings in some area's thanks to the GTF concept, I think that the sun gear, shafts and bearings will add costs to the engine.

The GTF wants to run a significantly larger fan at slower speeds through the GTF at a BPR of more than 12:1. That means that the same amount of energy extracted needs to achieve more torque through the use of the planetary gear system. This will put additional pressure on the shaft and the bearings around it.
While this may work perfectly on a stand, in real life, engines are exposed to a multitude of forces in all directions. The shaft and bearings will have to be designed stronger, heavier and larger, and will have to be cooled more, resulting in a larger core diameter, lower BPR, and heavier oil system, thus cancelling some of the advantages of the GTF.
I hope that P&W did take this into account when designing it. If not, they will find out soon enough and could lead to a costly and time-consuming redesign, resulting in an efficiency gain lower than promised.

The CFM Leap-X concept is more traditional, and they went for thermal efficiency, ie extracting every bit of juice out of the heat produced by the engine by narrowing the core and adding more turbine stages to run a larger fan. It makes sense with advances in heat-resistant turbine materials, while this seems to limit the potential of future improvements.
Top

It is the other way around.

In current high BPR engines, the fan is directly connected to the low pressure compressor section. In this configuration the fan tips always limit the maximum revolution speed of the compressor (to avoid supersonic fantip-speeds).

In order to do so, you can use a gearbox. The gearbox has always been the problem, not because of the forces, but because the gearbox is a device with friction, hence heat creation, and it needs oil. A gearbox always has a thermal efficiency. Since high BPR engines transport megawatts through the shaft, a gearbox with 1% efficiency will still heat up like crazy and the oil inside will deteriorate rather quickly.

GTF has been on the drawing boards for decades, but technology could never provide the required gearbox efficiency.
Top

Most of the efficiency gain is through the higher BPR, ie a narrower core running a larger but slower fan.
The compressor running at higher speeds contributes in achieving this, but it's not the main area of efficiency gain.
The LP compressor has to run faster compared to say the N1 on V2500's to achieve the torque to run the larger fan, but as the larger fan runs slower I don't think that the LP compressor runs much faster in the first place. As I said, the biggest issue here is the strain it puts on the shaft and bearings and I said that I hope that P&W did account sufficiently for the other "real-life" factors in calculating shaft and bearing specs, because even small rotational speed increases pose big problems.

Perhaps this explains it better:


Using a geared configuration, the PW1000G is the first ultra-high bypass ratio turbofan, with a bypass ratio of 12.2:1. Featuring a light-weight bi-metallic aerodynamically shaped fan shrouded by a composite fan case, the efficiency of the fan, lower fan pressure ratios, and lower operating speeds provide a significant increase in propulsive efficiency and fuel economy.

The gear, or fan-drive gear system, is the heart of the difference for this geared turbofan design. PW has designed a durable reduction gear system, with no life limited parts, capable of handling the higher thrust of a commercial engine without a significant weight penalty.

A new core also contributes to increased efficiency. The low pressure compressor has been designed for high speed operations, reducing the number of stages required and significantly reducing parts counts to reduce maintenance costs. The high pressure compressor has an eight-stage design, with advanced aerodynamics and a tied-shaft rotor. It utilizes blisks, which are integrated-bladed rotors, with ten on-wing blend locations that facilitate easy maintenance.

So I hope for P&W that it's not a shaft or bearing failure that went uncontained, otherwise they might have to redesign the shaft and all the rest around it causing years of delays.
Top

Is doubling compressor speed not enough for you?
Top
Post Reply
206 posts