globetrotter wrote:Who is the last 748 BBJ going to? of the nine ordered eight have been delivered two to Abu Dhabi, three for Qatar, one each to Oman and Kuwait, Saudi had ordered one.

Mystery of 9th aircraft resolved, its for Brunei Sultan, was rumored for Bahrain govt. but that wasnt correct, the rolled out aircraft wears same new livery as on the sultan's 744 which it will replace eventually.

Correction to previous post quoted Oman orderd two and Saudi one not being taken up by the Kingdom, I thought Prince Tallal might be interested to replace his 744 but no.
Top

(Bloomberg) -- Boeing Co.’s newest 747 jumbo jetliner faces a risk of dangerous vibrations, known as “flutter,” in limited situations, the Federal Aviation Administration said.
Data analysis shows that “divergent flutter,” oscillations of a wing that could cause it to break up, may occur on the 747-8 during a “high g-load maneuver in combination with certain system failures,” the FAA said Wednesday. G-loading refers to the stresses on a plane that can increase during acceleration and turns.
Operators of the passenger and freighter versions of the hump-backed jets are required to make wing repairs during the next year to five years to avoid safety issues, according to an FAA bulletin.
The required modifications apply to eight 747-8 aircraft operated in the U.S. Boeing will pick up the tab for repair costs estimated at about $400,000 per jetliner because the planes are still under warranty, the FAA said.
The directive makes mandatory changes that Chicago-based Boeing had recommended to operators in February 2014 “to ensure airplanes are configured with the latest certified software and system changes,” Karen Crabtree, a company spokeswoman, said in an e-mail.
About 71 of the four-engine jets delivered globally before that date are affected, she said.
Top

Further bad news for the Queen of the Skies: cancellation of four orders for the 747-8F.
André
ex Sabena #26567
Top

sn26567 wrote:Further bad news for the Queen of the Skies: cancellation of four orders for the 747-8F.

The new Cargolux 747-8F LX-VCM emerged from the Everett paint shop of Boeing with an unusual livery:

Boeing plans for the B747-8 programme to return from the current rate of 0.5 per month to a rate of 1.0 per month in 2019. Boeing remains focused on obtaining additional orders and implementing cost-reduction efforts, as there are a number of completed aircraft in inventory as well as unsold production positions. The programme could face an additional reach-forward loss that may be material, if 2016 does not yield enough sales.
André
ex Sabena #26567
Top

Boeing says it’s reasonably possible that it could decide to end production of the B747 if it’s unable to obtain sufficient orders in 2016 and/or if market, production and other risks cannot be mitigated.
André
ex Sabena #26567
Top

There aren't so many 748i aircraft in service. There are two less now: the 2nd one of bankrupt Transaero (NTU LN1523) is on its way to the desert in Victorville. A shame for a nearly new aircraft. 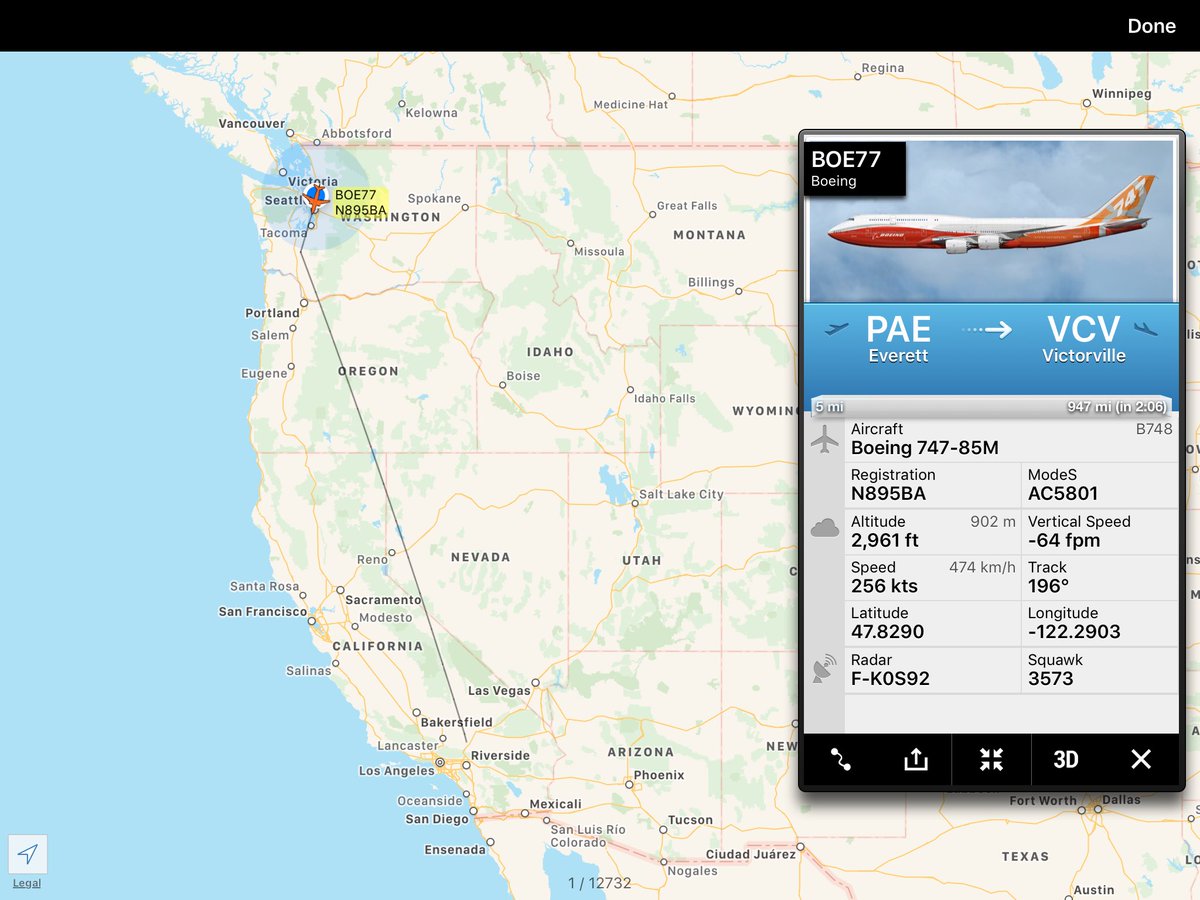 I just fly with one yesterday from Frankfurt to Johannesburg what a plane I love it....

Another plane for Lufthansa that will be difficult after the A340-600...
Hasta la victoria siempre.
Top

Ha ok thx MD-11forever..
So still 747-8 to be delivered I wondering if it's not expensive to exploit a type with so few flying?
Hasta la victoria siempre.
Top

I wonder if anyone will take the Transaero ones and the Saudi BBJ.
Top

Boeing reports one new order from unidentified customer for one B747-8, as total B747 orders were reduced by one. Will that be sufficient to save the programme?
André
ex Sabena #26567
Top

Boeing plans to buy its own B747s and leasing them to cargo carriers, which increases the company’s exposure to potential defaults on payments. Through the end of 2016, Boeing had provided financing valued at US$1.26 billion to B747 customers through Boeing Capital — a fivefold increase from the close of 2012.
André
ex Sabena #26567
Top

Boeing dropped the B747 from its annual forecast for the commercial-aircraft market. Instead, Boeing predicts that airlines will use more efficient twin-engine jets for long-range flights – like its B787 and B777X, or a mid-market plane that’s on the drawing board.
André
ex Sabena #26567
Top

This drop of the 747 is only on the passenger-configuration right? I read somewhere that the cargo-configuration will stil have quite some orders.
Top