Airbus has produced the first new-build A320 with Sharklets. Depicted here at its roll-out in Toulouse, MSN 5098 will be one of several A320 Family aircraft in the certification flight-test campaign starting in May this year and lasting around 600 flight hours. These Sharklet tests follow the successful ‘early flight-test’ campaign with Airbus’ A320 MSN 001 test aircraft.

In total, seven new-build A320 Family aircraft fitted with both CFM56 and V2500 engine types will test the production-standard Sharklets. The results of the tests will lead up to the certification of these fuel-saving devices on each combination of aircraft model and engine selection. The first member of the family to enter service with Sharklets will be the CFM56-powered A320, from the fourth quarter of 2012.

Sharklets, which have been specially designed for the Airbus A320 Family, will reduce fuel burn by up to 3.5 percent, giving an annual CO2 reduction of around 700 tonnes per aircraft. This is equivalent to the CO2 produced by around 200 cars annually. Sharklets are now offered as an option on new-build aircraft, and are standard on the A320neo Family.

And now the first A321 with sharklets just rolled out and is preparing for its first flight.

Any info about the Airlines who will operate the sharklets-equipped A320s ?
Top

i'm only sure about Qatar and Air Asia
Top

Mexican low-cost carrier Volaris celebrated the delivery of its first Sharklet-equipped Airbus A320 with a special flight from Mexico City to Cancun last week.

Volaris, which has an all-Airbus fleet, currently operates 43 A320 Family aircraft and has a backlog of 48. It has been the first carrier in Mexico to order the A320neo, with a purchase agreement for 44 aircraft, including 30 A320neo and 14 A320ceo. 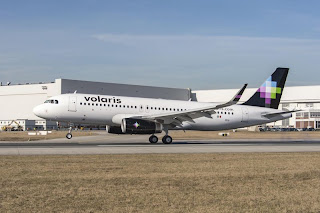 SWISS has them too...
Top

Already quite some airlines have it: JetBlue, Lufthansa, Swiss, Vueling, AirAsia, WizzAir, Monarch, Volaris, Qatar, and many others I forgot.
Top

SHARKLETS ARE TAKING OVER! CLAN and TAM Airlines are the latest carriers to receive their first Airbus A320s with Sharklets! Photo below - more images and the full story on my blog! http://www.theaviationwriter.com/2013/0 ... rklet.html 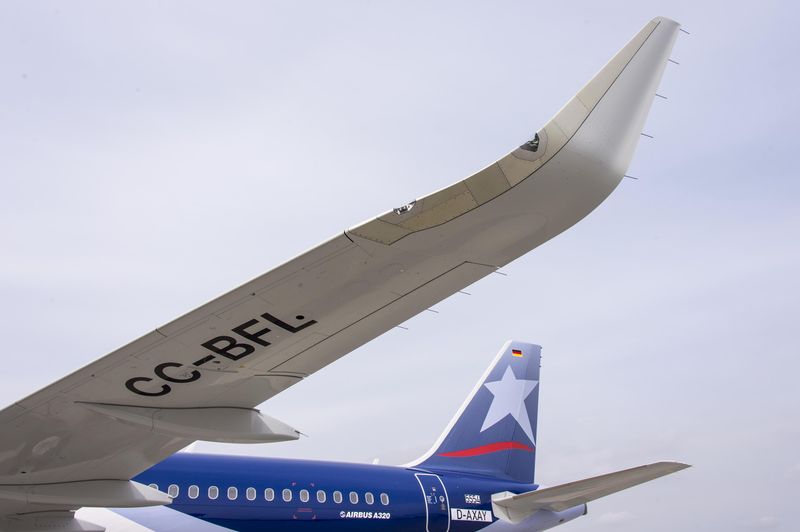 Pratt & Whitney has redesigned a component of a jet engine being developed for Airbus's top-selling A320neo aircraft after tests revealed "distress" in the engine's hot core.

The problem developed when the PW11000G engine was being stress-tested, and the redesign is among dozens carried out at this stage of testing, said Bob Saia, Vice President of Development Programs at Connecticut-based Pratt & Whitney.

Pratt's latest engine is under close scrutiny because it represents the U.S. engine maker's return to the forefront of civil engine manufacturing in a lead role.

Airbus has started the final assembly of the first A320neo in Toulouse.

I know that you can find some funny things on Wikipedia, but i have just read this :

RwandAir teamed up with International Lease Finance Corporation (ILFC) placed an order for 2 lease Airbus A320neo will incorporate features as an option and is to receive the aircraft in 2018–2019.

I know that RwandAir and Airbus had talks in 2009-2010 for an order including A320 and A330, but talks failed due to bad relations with France. But i read this article some weeks ago :

“We have ordered for four new aircraft, two of which are 787 Dreamliners that will be delivered in 2017. This will allow us to start operating in Europe and China,” he said.

However anyone can confirm this news ? Thanks
Top

Entry into service is expected in the fourth quarter of 2015. 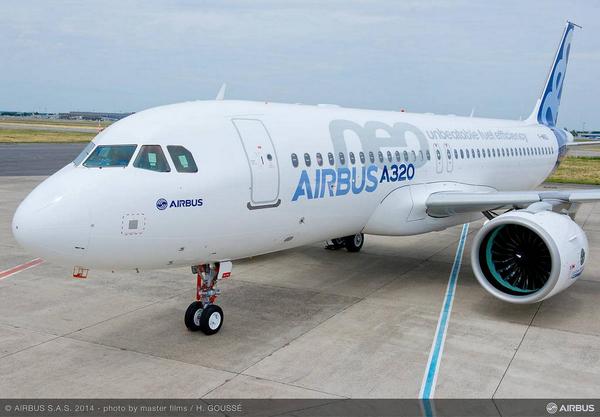 Y
no-one can resist the desire to escape to paradise but is seems like there's nothing else to do than dream and fantasize...
Top

The A320neo could only be followed by MLAT, thus coverage on FR24 was limited

Second flight at Toulouse for the A320neo prototype