Canarian Airways has chosen to postpone the operation of its first flights by fifteen days to July 2021.

Canarian Airways prepares for the delivery of its first plane, an A319, MSN 5079, reg. EC-NMO (formerly with Atlantic Airways under reg. OY-RCF) which will be operated by One Airways (Spain), once the carrier launches operations.

Itapemirim has received its AOC in Brazil, with flights due to begin in coming weeks with A320.
André
ex Sabena #26567
Top

Pasifika Air of New Zealand is back on track after the announcement of a quarantine-free travel bubble with the Cook Islands from 17 May 2021. The startup aims to fly by 2021 end, once the AOC is issued.

S7 Group may create a new low-cost airline in Russia and is negotiating with Airbus and Boeing on aircraft leasing. S7 Airlines does not plan to change the current business model and switch to the low-cost segment.

Super Air Jet has yet to secure its Indonesian AOC, says the Transportation Ministry, as the paperwork is still being processed at the DGCA. The airline will operate with the IATA callsign IU and ICAO code SJV. The carrier is reported to have leased 20 aircraft.

The Canary Islands says its new airline backed by hoteliers and operated by One Airways will now be called Lattitude Hub.
André
ex Sabena #26567
Top

Air Montenegro obtains its AOC and will launch commercial operations by early June 2021 with two E195s on flights from Podgorica and Tivat to Belgrade. A third E195 may be purchased soon.
André
ex Sabena #26567
Top

They aim to provide flights in Central Africa,, but on their booking engine you can see Johannesburg, Accra, Tunis or Kigali as others destinations

A new glow is appearing in Central Africa with a private jet airline: Simb Airlines Corporation.

Simb Airlines Corporation SA is the first private jet airline in Central Africa; founded by Cameroonian SIMB Émile, CEO of Global Investment Trading (GIT). Located in Bangui, Central African Republic; it will begin its first flights to destinations in countries: Central African Republic, Cameroon, Gabon, Chad and Equatorial Guinea. In addition, it intends to expand throughout the sub-region and the entire continent.

Indeed, the company Simb Airlines Corporation specializes in business flights, medical evacuation flights and charter flights; enough to allow everyone according to their needs to benefit from an enormous saving in time, assured comfort and guaranteed autonomy.

TThe CEO has also a crypto money company. and some controversies...https://translate.google.com/translate? ... rfait_Simb
Top

Air Montenegro obtains its AOC and will launch commercial operations by early June 2021 with two E195s on flights from Podgorica and Tivat to Belgrade. A third E195 may be purchased soon.

Air Montenegro should take the skies on 1 June with 3 initials destinations : Belgrade, Ljubljana and Frankfurt. Tivat should be also linked to Belgrade. The timetable has to be finalised and will be announced in the coming days. Istanbul might be also part of the potential additional destinations plan told EX-YU Aviation News.

The first E195 is now at Maastricht since Friday, to be painted under the new livery of Air Montenegro and should take part to the first flight, that "can commence as soon as the first aircraft comes back from the paint shop, which is expected next week. We will certainly launch by June", Mr Radunović, the Montenegrin Ministry for Capital Investment said. They have their AOC.

Lumiwings has dropped many routes to Poland, Czechia, Romania and Ukraine due to COVID-19 restrictions in Italy and the countries that were supposed to be linked. 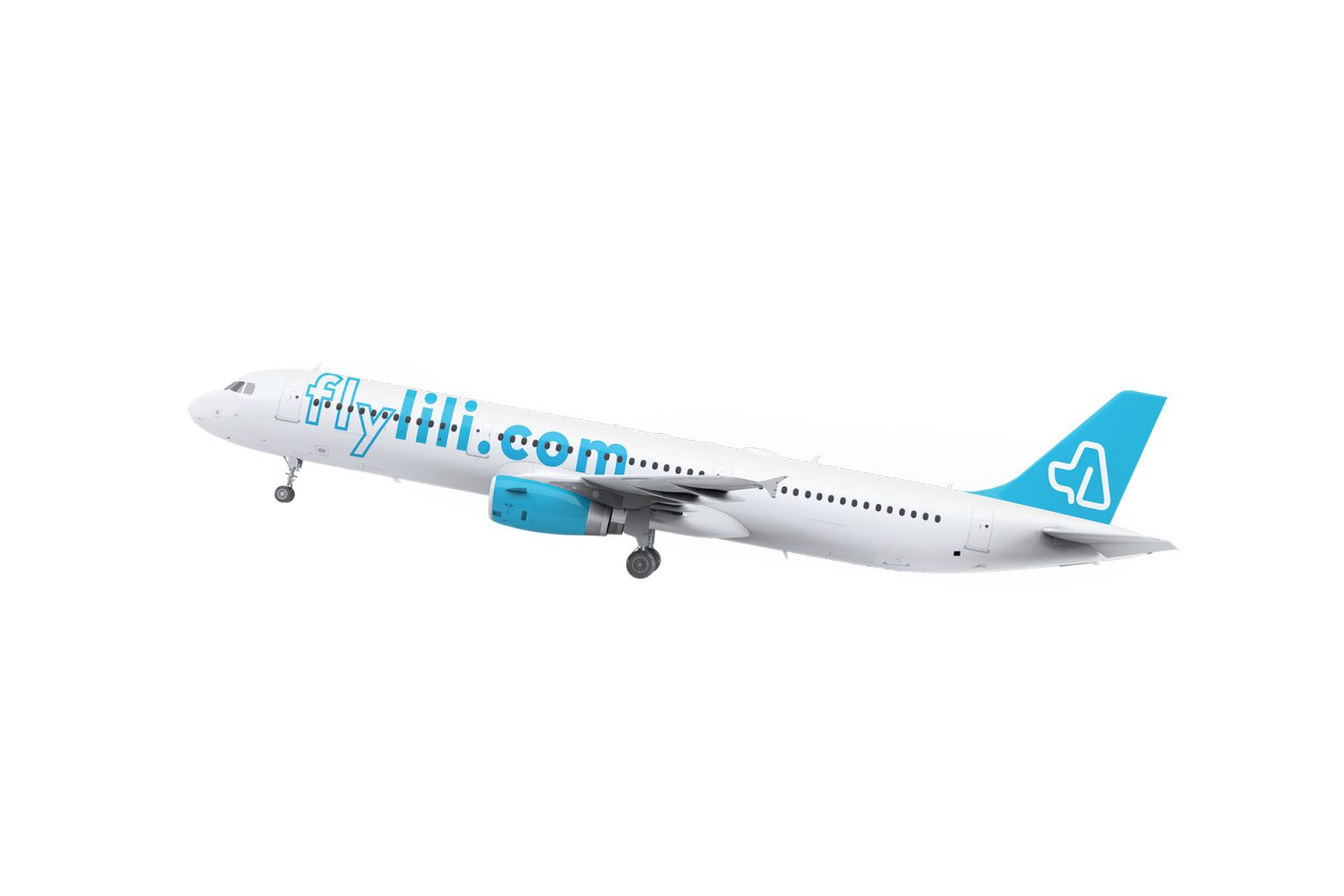 Fly Lili (Romania) is a new project airline, based at OTP with commercial, charter and regular cargo flights with Airbus aircraft : A320/A321 for commercial and A310F for cargo. The airline projects to fly to Munich from Sibiu, Satu Mare and Suceava. The airline has no AOC but uses the ICAO code "LIL" with "Lilies" callisign.
Hi. I'm Thibault Lapers. @ThibaultLapers & @TLspotting
Top

Nigeria Air, which has yet to be launched as the new flag carrier, will be 5% owned by the government, and funded by the private sector to the tune of US$250 million.

Skylink Airways is a potential new airline in South Africa, which plans to launch operations with ... SSJ100s !!!

Sardinia aims to create a public regional airline as it looks to mend an industrial dispute from the void left by Air Italy. Eventually, the capital of the newco will be open to private investors.
André
ex Sabena #26567
Top

sn26567 wrote: ↑13 Jul 2020, 18:48 Breeze Airways plans to begin operating charters on 15 October 2020, and scheduled flights by May 2021 utilising E190s before A220-300s join in August 2021 for coast-to-coast flights. The initial network will code 15 cities on the East Coast and in the Midwest, South and Texas. The deal with Azul for 28 E195s was axed in favour of 15 E190s from Nordic Aviation Capital. Breeze also confirms it acquired the operating certificate of Compass Airlines.

Cargo Three has received its AOC from the CAA of Panama and will begin operations soon with one A300F on non-scheduled domestic and international cargo routes out of Panama City.
André
ex Sabena #26567
Top

Air Catalogne (France) to start flying from Perpignan to Ibiza / Palma on 18 June 2021 using ATR-72 and a route to CDG from early June is being considered.

Nigeria Air plans to launch with a fleet of five planes including A330s and B737s, with a target of thirty planes after five years. The carrier planned to have 81 routes, including 40 national and sub-regional lines and 41 international routes.
André
ex Sabena #26567
Top

Itapemirim to secure US$493 million investment from two Qatari funds, ahead of the inaugural flight on 29 June 2021 with a fleet of five A320s. The parent company, which will only invest $2.8 million in the new airline, aims to repay the investors once the carrier IPOs around 2023. Another funding round is being eyed for July 2021. Additionally, the group aims to come out of judicial reorganisation very soon.

sn26567 wrote: ↑05 Feb 2021, 22:34 World2Fly plans to start operations in spring 2021, flying from Madrid and Lisbon to Punta Cana, Cancun and Havana with one A330-300. An A350 and one more aircraft to follow. World2fly has also requested permission from the US authorities to fly into the country, operating scheduled and charter flights.

World2Fly obtains its AOC and prepares for launch on 19 June 2021, with service between Madrid and Punta Cana using its A350-900.

World2fly will be able to operate any of the Iberia (Spain) routes, following MOU signed between the parent of World2fly and Iberia.
André
ex Sabena #26567
Top

Avelo Airlines began operations as the first flight took off from Burbank to Redding on 20 May 2021.

Green Africa Airways will launch flight operations from Lagos, Nigeria, to connect to seven cities once it completes its ongoing AOC. More bases will be set up in the near future.
André
ex Sabena #26567
Top

Itapemirim was authorised by ANAC to start its operations to the public and should start selling tickets in the coming days.
André
ex Sabena #26567
Top

Breeze Airways unveiled its debut network, comprising 39 nonstop routes between 16 cities in the Southwest, Midwest, Southeast and Eastern US. The first flights will operate between Charleston, Tampa, and Hartford, starting 27 May 2021. Breeze will operate 13 single-class E-Jets in summer 2021, with the first of 60 A220s arriving from October 2021 and delivering at about one per month for five years.
André
ex Sabena #26567
Top

Itapemirim was authorised by ANAC to start its operations to the public and should start selling tickets in the coming days.

Itapemirim Transportes Aereos released the forecast of 35 domestic destinations it plans to include in its network by June 2022.

Guyana’s Finance Minister Ashni Singh ruled out establishing a state-owned airline once again, as it is “too risky”.

Nigeria’s government expects to raise about US$250 million from the private sector to float its proposed national carrier, which is now at the stage of the procurement phase.
André
ex Sabena #26567
Top

German start-up Joot Aviation Project plans to launch operations out of Cologne with one A320, serial 3674. The founder is Johannes Klinsmann.
André
ex Sabena #26567
Top

Flyr to open the booking system in a few days.

Air Montenegro to take the skies on 1 June, with a single E195, ex Montenegro Airlines and to start scheduled flights from Podgorica and Tivat to Belgrade with 6 flights a week. Other routes and another E195 expected in the coming weeks. And the aircraft are not painted till Winter 21-22.

The new logo is part of the logo of Montenegro Airlines :

Green Africa Airways will launch flight operations from Lagos, Nigeria, to connect to seven cities once it completes its ongoing AOC. More bases will be set up in the near future.

ACIA Aero Leasing from Ireland announced today the completion of a mandate to deliver a fleet of three ATR72-600s to support the commercial launch of Green Africa Airways.


TLspotting wrote: ↑28 May 2021, 21:00 Air Montenegro to take the skies on 1 June, with a single E195, ex Montenegro Airlines and to start scheduled flights from Podgorica and Tivat to Belgrade with 6 flights a week. Other routes and another E195 expected in the coming weeks. And the aircraft are not painted till Winter 21-22.

sn26567 wrote: ↑28 Dec 2020, 18:35 Swiss Skies has rebranded itself as Moov Airways and still plans to launch a new long-haul, budget carrier operating out of Basel airport with A321XLR aircraft. The CEO Alvaro Oliveira aims to raise US$112 million. Flights out of Lugano are also being planned.

Moov Airways plans to launch in winter 2022, establishing secondary points in Europe and serving European markets nonstop, before eventually serving long-haul in 2023 potentially with the A321XLR. In the meantime, the startup will look at a fleet of turboprops flying low-cost to about 19 destinations in Europe. Funding is still pending.

Moov Airways CEO Alvaro Nogueira de Oliveira says initial operations from summer 2022 will consist of short-haul flights out of Lugano with DHC8 and/or E-Jets. The carrier aims to introduce long-haul, low-cost flights thereafter with its eye on the A321XLR. Moov aims to roll out its funding plan, a Security Token Offer, later in 2021, as well as secure aircraft.
André
ex Sabena #26567
Top

IPP Air Cargo plans to launch as a cargo airline by 2Q 2022, backed by US$103.6 million of capital, including 30% from its parent, Imex Pan Pacific Group of Vietnam. Starting with five aircraft in the first year, the airline will expand its fleet to seven in the second and 10 in the third.
André
ex Sabena #26567
Top
Post Reply
207 posts