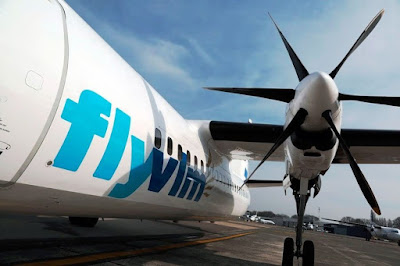 VLM Airlines plans to introduce services between Maribor and Belgrade on 9 October, linking the two cities for the first time in over two decades. According to Belgrade Airport, flights are scheduled to run five times per week, Monday through Friday. Although the Slovenian carrier itself is yet to confirm the new route launch, it has indicated its intention of starting operations to the Serbian capital on several occasions. Belgrade Airport has listed slot requests for the new service as operating with a midday arrival, and a departure at 13.00 local time.

VLM Airlines operated its first two seasonal routes out of its base in Maribor to Split and Dubrovnik during August and has been engaged in a number of charter flights from Italy to Croatia, Greece and Montenegro this summer.

“We are already negotiating with some tour operators for the 2018 summer season when you can expect a broader program with more frequencies. We are also trying to define our winter flight schedule which will begin on October 29. We will be revealing more shortly. With the Fokker 50 aircraft, we will continue operating ad hoc charters. Because of the aircraft’s size, there is a lot of interest for such flights“, the airline said.

In addition to its three Fokker 50 turboptops, VLM intends on adding a jet-engine aircraft to its fleet during the fourth quarter.Scheduled flights between Maribor and Belgrade have not operated since the break-up of the former Yugoslavia in 1992.