Scope Ratings says fierce competition within a widely saturated European market and elevated fuel prices, made worse by a strong dollar, are squeezing profit margins given it is difficult for airlines to pass on risings costs to passengers through higher fares in these circumstances. Fuel prices, at their highest levels in dollar terms since May 2015, have risen around 34% in the past year, according to IATA.

“All the airlines which recently ceased operations had fleets of fewer than 10 aircraft, making it hard to defend market share against larger groups with greater economies of scales unless they have narrow niches or work in cooperation with bigger rivals,” says Sebastian Zank, analyst at Scope Ratings.

One option is for smaller airlines to tie up together. The recent merger plan of two regional carriers Air Nostrum and CityJet makes strategic sense, given their complementary route networks and aircraft fleets.

The alternative may be to catch the eye of Europe’s active consolidators such as IAG, Lufthansa Group or Ryanair, before it’s too late. Otherwise, the stronger airline groups simply collect the assets of the troubled or default carriers.

Primera Air’s insolvency announced earlier this week shows that even budget carriers are vulnerable to this mix of adverse factors, with strains also appearing in the performance of market leaders such as Ryanair or Wizz Air. Growth prospects are diminishing partly because the biggest players are increasingly encroaching on each other’s markets. According to the data of OAG Aviation Worldwide Limited even larger low-cost carriers show an overlap of more than 40% within their route networks.

Primera Air’s struggle also points to certain limitations of the low-cost approach to long-haul connections, a strategy that Norwegian Air Shuttle has started to expand massively in 2018 with initial failures on certain routes. However, Norwegian has the size and capacity to balance those failures with the short-haul business of the group. 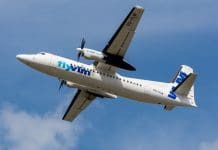 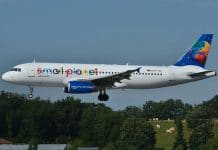