From 17 April 2017, Chinese tour operator U-Tour will resume its flights between Liège Airport and 8 cities in China, operated by Russian airline VIM Airlines.

At 8:10 local time on 17 April, VP-BVX, a Boeing 777-200 is scheduled to touch down at Liège Airport. Not directly from Xi’an (XIY), but via Moscow Domodedovo (DME). Luchtzak member ZavCity explained in our forum that due to traffic rights a stopover at Moscow is required.

Liège Airport hopes to attract at least 130,000 Chinese travellers on an annual basis thanks to these connections.

To welcome these visitors Liege airport is lifting the entrance hall. The surface of the duty free shops has been tripled and Chinese speaking attendants have been hired.

Schedule for this week: 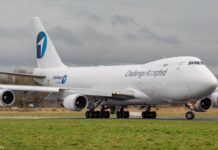 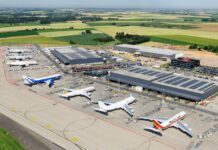