On 26 January, a Shaheen Air Boeing 737-200 (AP-BIS) was destroyed by fire, the incident occurred at Karachi Airport, Pakistan. According to preliminary information, the aircraft of the defunct Pakistani airline was deliberately set on fire.

The aircraft previously operated for Air France, Air Sicilia and Nationwide Airlines and was delivered to Shaheen Air in 2010. The Pakistani Customs grounded a series of Boeing 737-200 of the airline over non-payments.

Derelict aircraft of defunct Pakistani airline Shaheen Air destroyed by fire at Karachi Airport on January 26, 2020, was Boeing 737-228 Advanced construction number 23008 built in 1983 for Air France. It was acquired by Shaheen Air in year 2010 & registered in Pakistan as AP-BIS. pic.twitter.com/DSCZhECpmR

According to preliminary investigation, the derelict Boeing 737-200 of defunct Pakistani airline Shaheen Air was intentionally set on fire by someone at Karachi Airport.

There's no evidence of fire from wild bushes reaching the aircraft. https://t.co/ycFTmj3Set pic.twitter.com/H9pXICrifJ 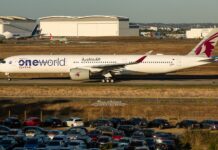 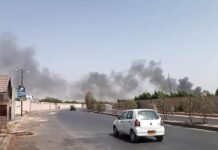 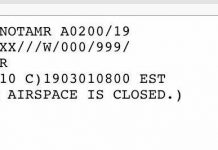 Pakistan airspace will remain closed for another three days, except for flight operations to four airports