On 15 February 1978, a Sabena Boeing 707 (OO-SJE and leased to Sobelair) operated a flight between Brussels Airport, Belgium and Tenerife North Airport, Spain. During landing at the Spanish airport, however, the aircraft bounced on the runway causing its nose gear to collapse. Shortly after the impact, a fire broke out and completely destroyed the aircraft. Nobody among the 189 passengers and 9 crew members got injured.

#OTD in 1978: a Sabena B-707 [Reg. OO-SJE] operated by Sobelair in a tourism charter flight, undershot the runway while landing at Los-Rodeos Airport (Tenerife, Spain). The nose gear collapsed and a fire destroyed the aircraft, but there were no fatalities among the 198 aboard. pic.twitter.com/zmtEsVf422 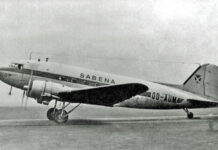 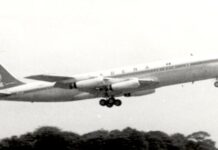