This year Her Majesty the Queen is celebrating her 90th Birthday and the British Consul in Munich, Germany, wanted to do something extra special to mark the occasion. On a recent trade mission to Munich where stakeholders from Southampton Airport and the local region met their German counterparts, it was decided that a suitable offering for Her Majesty would be a very special seven tier ‘cheese cake’ made from award-winning local cheese.

Each year in Munich prestigious birthday celebrations are held in honour of The Queen hosted by the British Consul for key business leaders and stakeholders, with around 400 people attending. The cheese cake will be flown over to Munich on the new bmi regional route from Southampton and will have pride of place at the British Consul’s celebratory party for The Queen on the 1st June.

Mike Smales from local company, Lyburn Cheese, has co–ordinated this cheese cake on behalf of cheese makers in the region for an extra special ‘cheese salute’ to Her Majesty on her birthday. The seven tier cake will be made of cheese sourced from Salisbury, Basingstoke, the Isle of Wight, Dorset and Reading.

‘At bmi regional we take great pride in flying our passengers in both comfort and style. It’s an honour to be working with Southampton Airport in transporting this unusual local gift on our latest new route to Munich. It’s great to celebrate Her Majesty The Queen’s birthday as well as the launch of new air links between Southampton and Bavaria in such a delightful and delicious way. I’m sure this foodie offering will be appreciated by all who attend the event.’

“We would like to send good wishes to Her Majesty The Queen on this special birthday and hope that the people of Munich will enjoy these award-winning cheeses from this region.”

“This has been a wonderful opportunity for the local Artisan cheese makers to join forces with their counterparts in a totally different industry, to celebrate Her Majesty’s birthday in another part of Europe.” 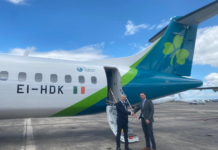 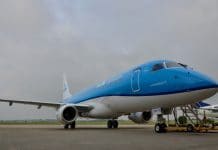 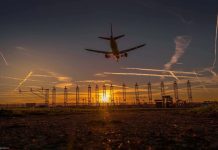