On 12 October 2017 an Embraer EMB-120 crashed in Angola. Between 1988 and 1998 the aircraft was operated by Sabena subsidiary Delta Air Transport (DAT) as OO-DTF. The next four years the aircraft was registered PH-XLF, operating for Exel Airways. A full detailed report of the accident from AvHerald.com

An Air Guicango Embraer EMB-120, registration D2-FDO performing a charter flight from Dundo to Luanda (Angola) with 4 passengers and 3 crew, was enroute about 15 minutes into the flight when the crew declared emergency reporting an engine (PW118) failure followed by fire. About 20 minutes after departure radio contact was lost, the aircraft did not land on any airport in reach of the aircraft. The aircraft was found the following day, there were no survivors. 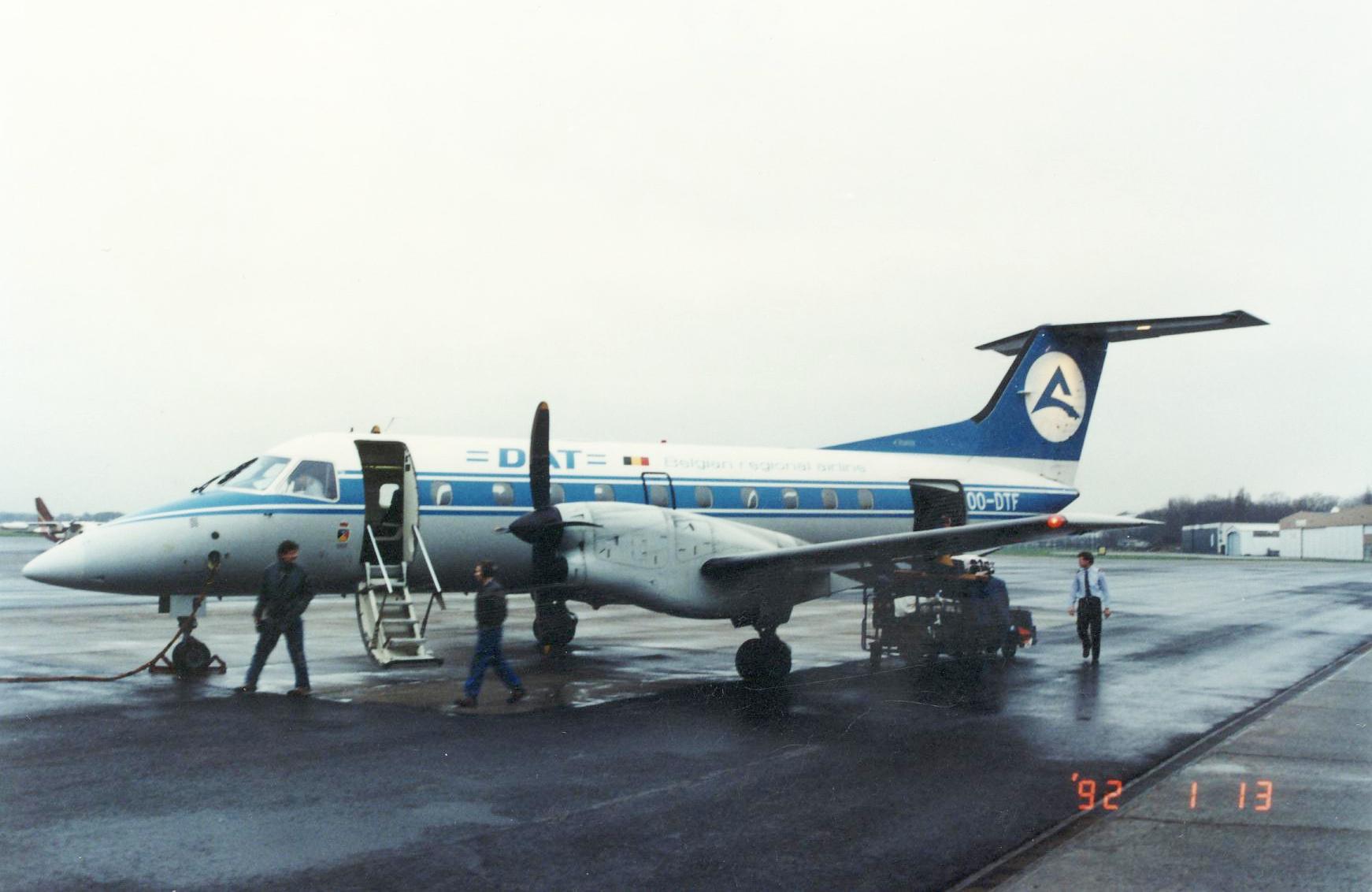 From “Jumbolino” to firefighting aircraft: the extreme makeover of OO-DWA