BEA operated to Europe, North Africa and the Middle East from airports around the United Kingdom. The airline was also the largest UK domestic operator, serving major British cities, including London, Manchester, Glasgow, Edinburgh and Belfast, as well as areas of the British Isles such as the Highlands and Islands of Scotland, the Channel Islands and the Isle of Man. From 1946 until 1974, BEA operated a network of internal German routes between West Berlin and West Germany as well.

Formed as the British European Airways division of British Overseas Airways Corporation (BOAC) on 1 January 1946, BEA became a crown corporation in its own right on 1 August 1946. 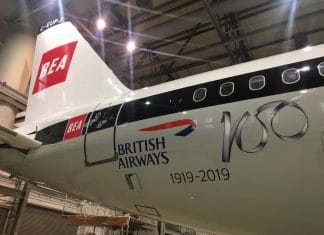 Bart Noëth - 4 March 2019 3
Today (4 March), British Airways welcomed back its Airbus A319 (G-EUPJ) at London Heathrow, the aircraft has been painted in the colours of the... 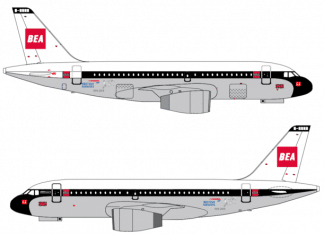 British Airways discloses the next “Heritage” livery: the BEA colours will be applied on an Airbus A319

André Orban - 22 February 2019 0
Time to B-E-A-mazed by the next British Airways heritage liveryBritish European Airways (BEA) will be the next heritage livery to take to the...