EgyptAir (Arabic: ??? ???????, Mi?r li?-?ayar?n) is the flag carrier airline of Egypt. The airline is based at Cairo International Airport, its main hub, operating scheduled passenger and freight services to more than 75 destinations in the Middle East, Europe, Africa, Asia, and the Americas. With an extensive network of domestic services focused on Cairo, Egypt’s capital, the airline is working to regain profitable operations following the revolution of 2011.

Egyptair is a member of Star Alliance, having joined on 11 July 2008. The airline’s logo is Horus, the sky deity in ancient Egyptian mythology, chosen because of its ancient symbolism as a “winged god of the sun”, and usually depicted as a falcon or a man with the head of a falcon.

Their frequent flyer program is called Egyptair Plus. 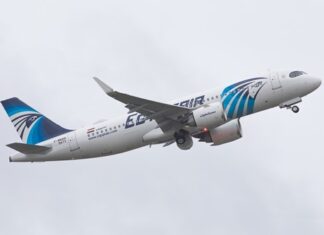 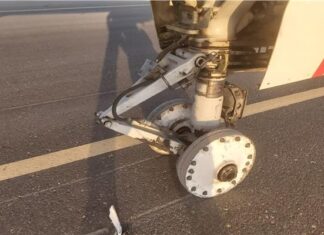 André Orban - 3 October 2021 1
The first commercial flight of the Egyptian national airline, Egyptair touched down in Israel this Sunday at noon. As is the tradition, the plane was...

The first flight to Hurghada departed from Moscow Domodedovo airport

André Orban - 10 August 2021 0
On August 9, EGYPTAIR operated its first flight from Moscow Domodedovo Airport to Hurghada after the resumption of air traffic between Russia and Egyptian... 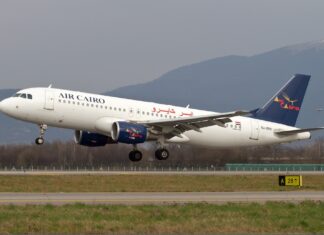 Air Cairo to operate Hurghada flights from Germany, Switzerland and Austria in partnership with Sun Express

André Orban - 10 March 2021 0
In the coming summer season, Sun Express is relying on a sales partnership with Air Cairo. The EgyptAir subsidiary will operate flights from Germany,... 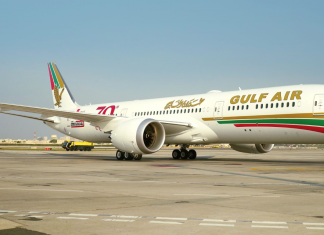 André Orban - 21 December 2020 0
Gulf Air - the national carrier of the Kingdom of Bahrain – and EGYPTAIR - the national airline of Egypt – are delighted to... 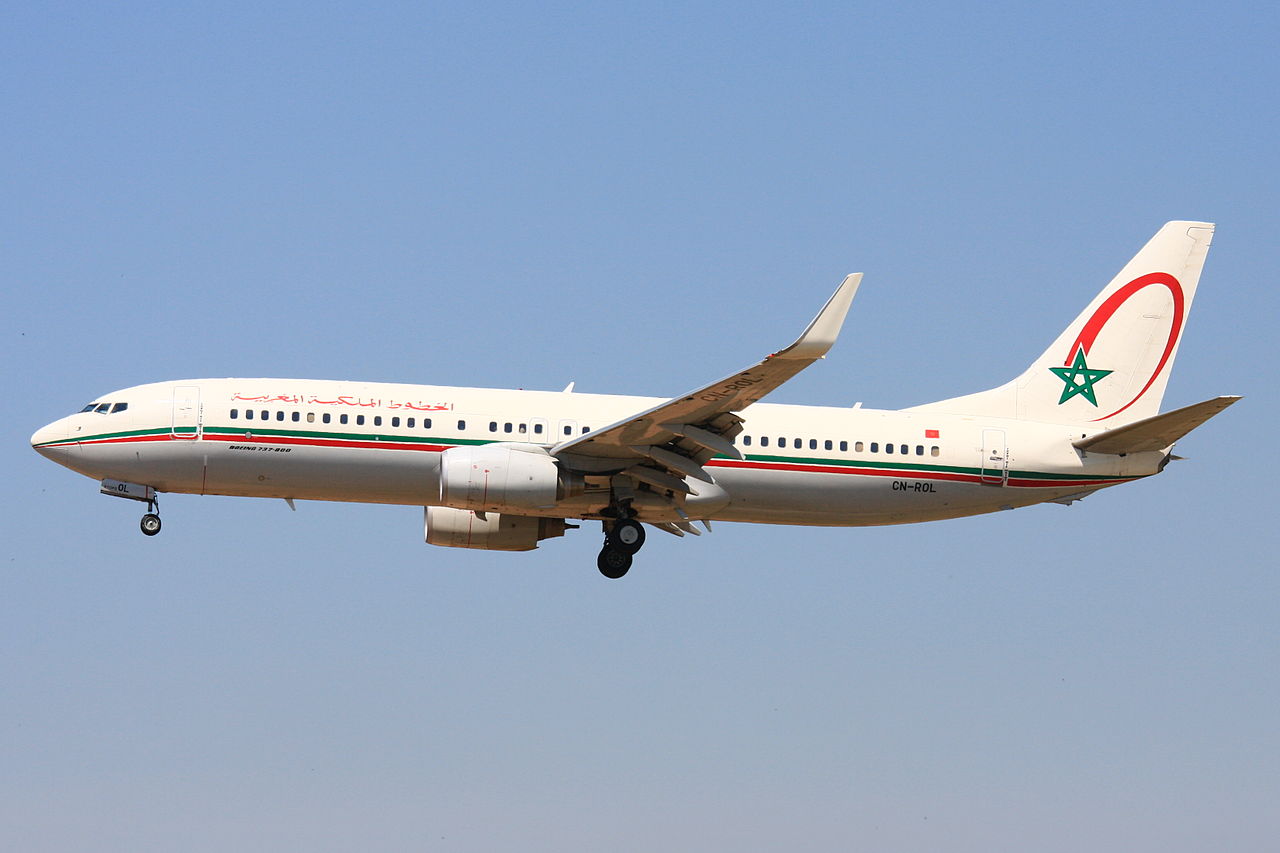 André Orban - 23 October 2020 0
The relaxation of entry conditions into Moroccan territory has encouraged the return to the Kingdom's airports of several airlines. In addition to the national... 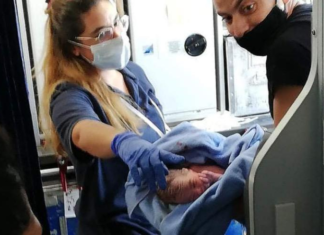 André Orban - 2 July 2020 0
?EGYPTAIR is thrilled to announce its return to the sky and is ready to take you to your desired destinations as of the 1st July.The... 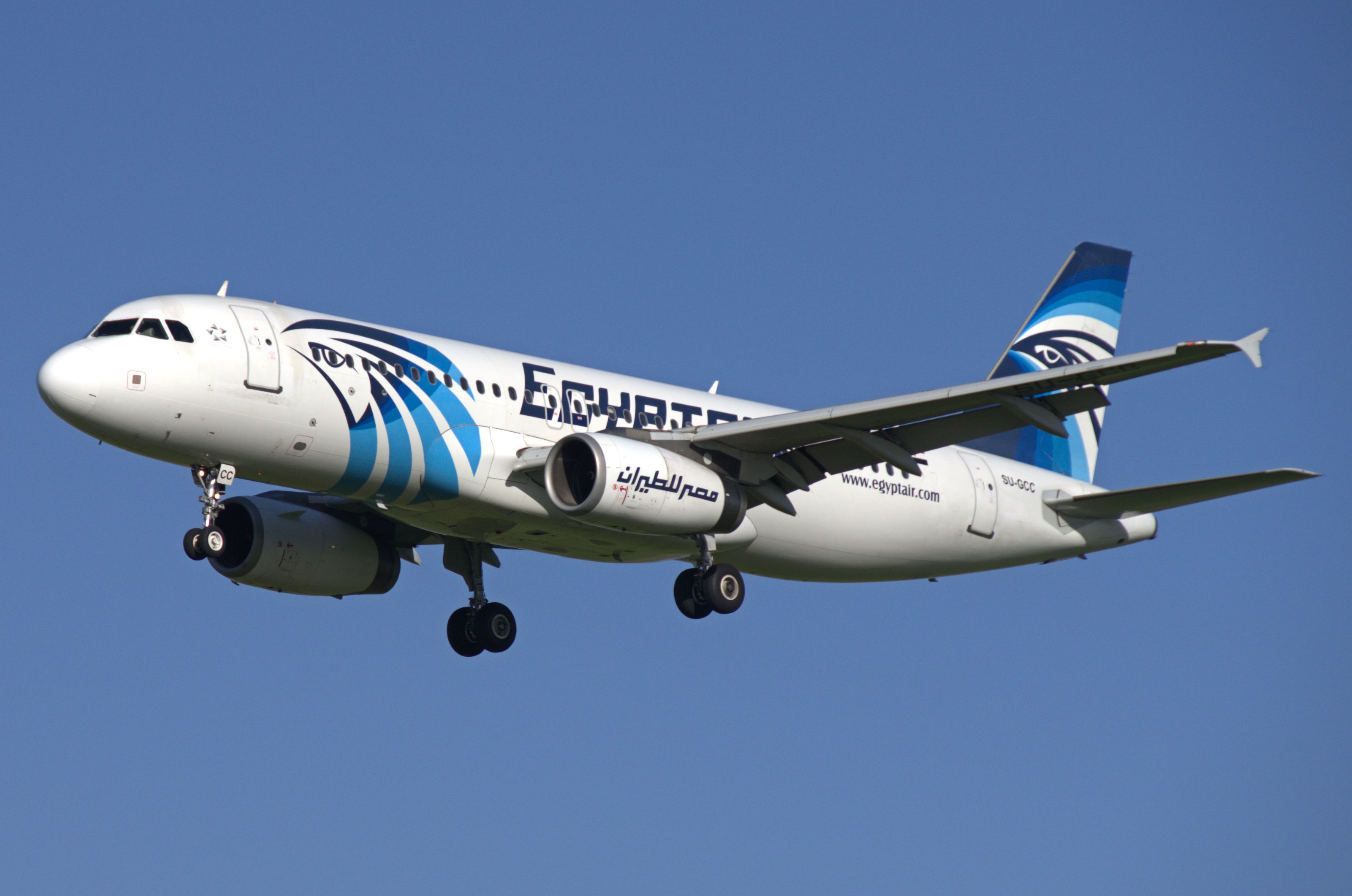 [Coronavirus] Egypt suspends air traffic in all its airports, except for domestic and cargo flights

André Orban - 16 March 2020 1
In light of the of Egypt Government's keenness to maintain the safety and health of Egyptian citizens and limit the spread of Covid-19, and...

André Orban - 14 February 2020 0
AerCap Holdings N.V. today announced it has delivered a new Airbus A320neo aircraft on lease to EGYPTAIR, the first of a 15 A320neo Family... 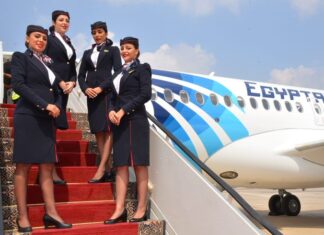 Bart Noëth - 1 October 2019 0
Egyptair has received its second Airbus A220-300 (SU-GEY) aircraft from Mirabel, Canada. "This aircraft will be operated on regional and domestic routes in the... 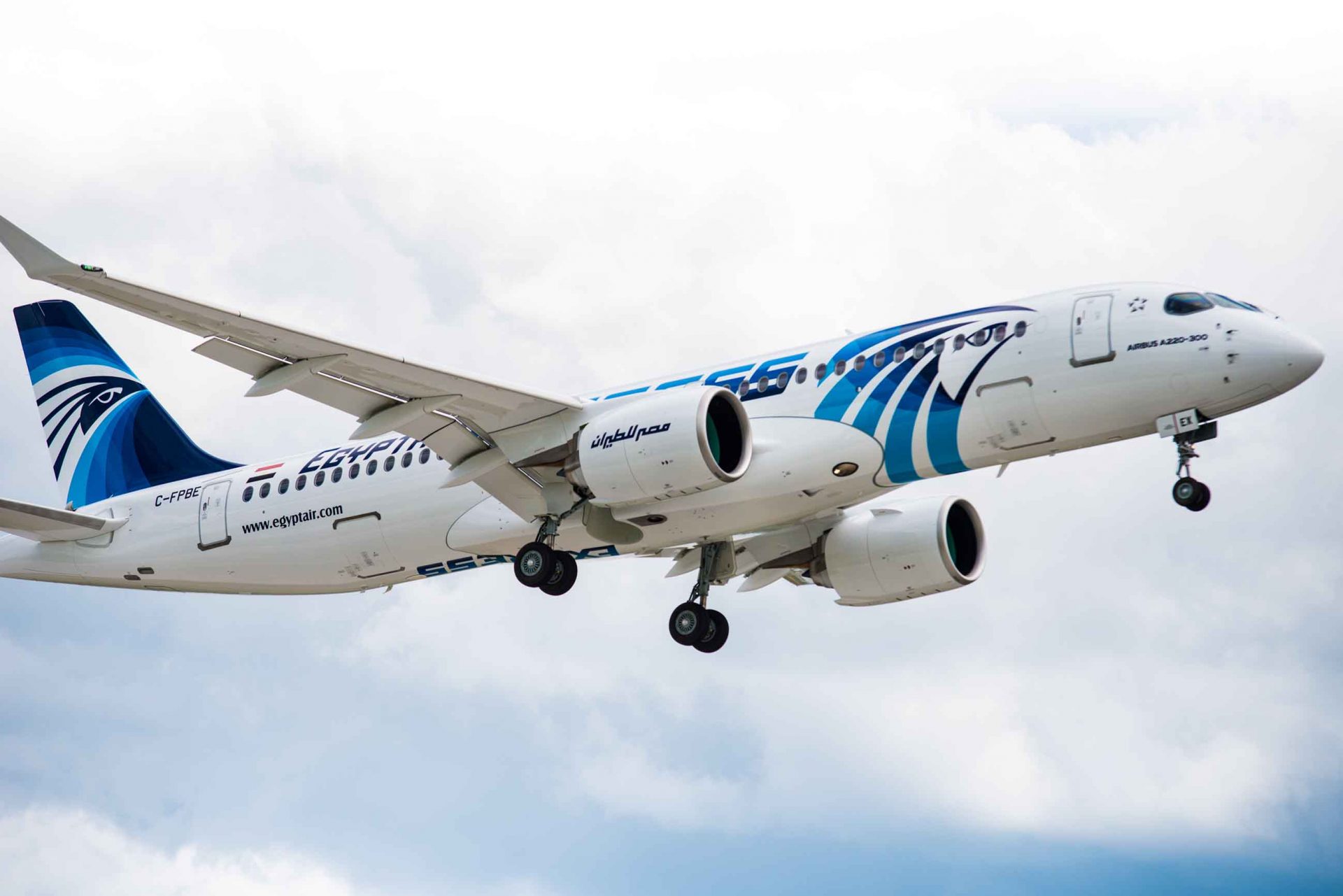 First Airbus A220 delivered to Egyptair 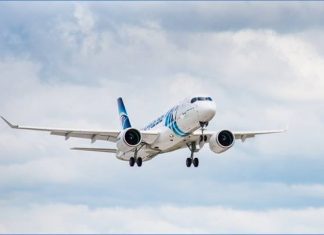 André Orban - 23 August 2019 0
The first Airbus A220-300 for EgyptAir has successfully completed its inaugural test flight from the Mirabel assembly line. The first of 12 aircraft EgyptAir...

Egyptair adds a sixth weekly flight between Cairo and Brussels

André Orban - 8 February 2019 0
Egyptair, a member of the Star Alliance, announces that it is adding a sixth weekly flight between Cairo and Brussels as of the next summer season. This... 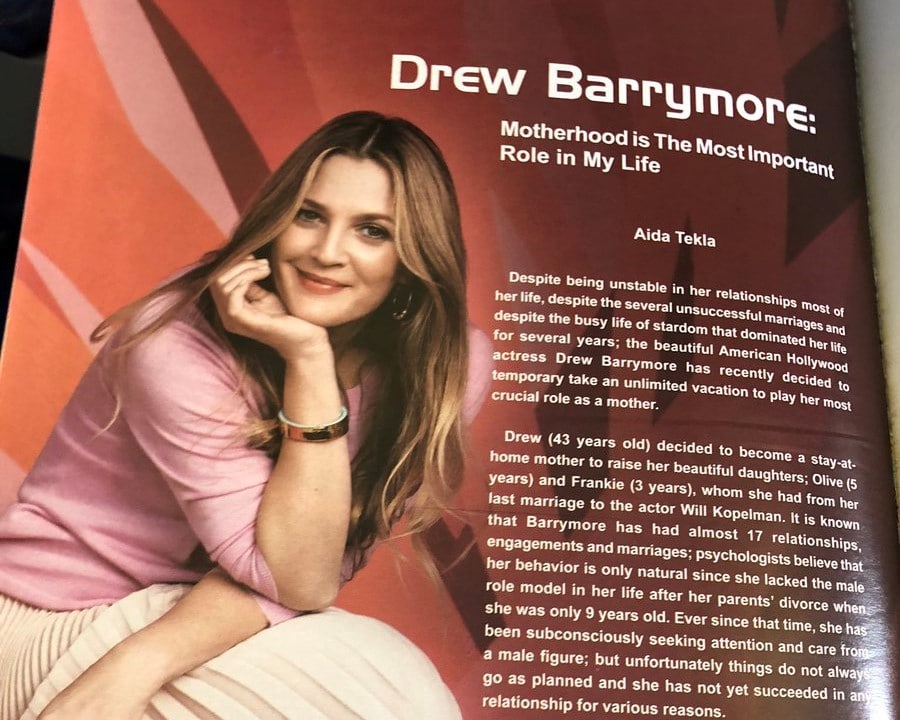 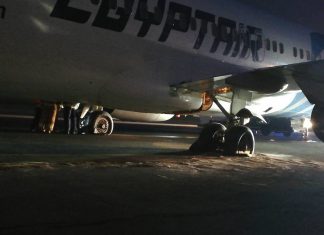 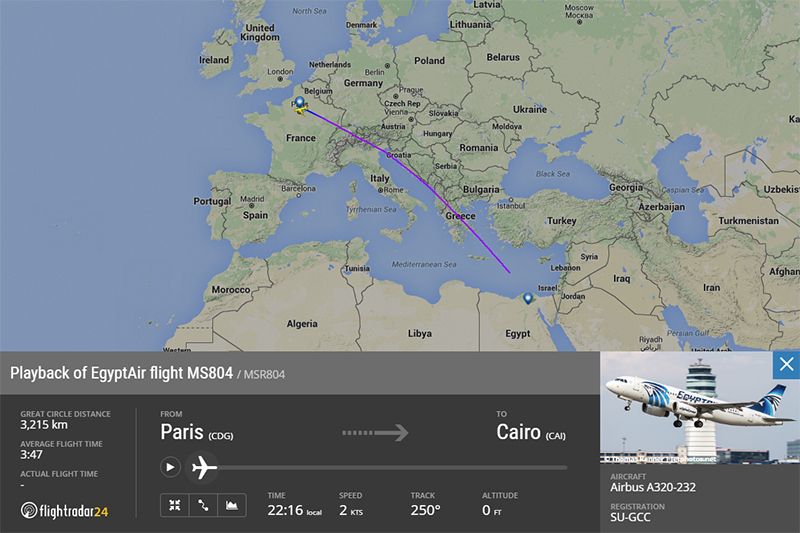 André Orban - 8 July 2018 0
The French BEA has released its report on the crash of an Egyptair Airbus A320 registered SU-GCC off the Egyptian coast on 19 May... 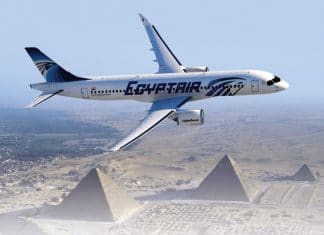 Restart postponed to April of air travel between Moscow and Cairo

Maarten Van Den Driessche - 20 February 2018 0
Resumption of direct air travel between Moscow and Cairo has been postponed to April because too few tickets were sold, air company Egyptair.“As there...
12Page 1 of 2