On 9 June 2020, ASL Group officially launched its innovative new ASL Fly Executive offer and announced its first scheduled flights from Brussels Airport to Ibiza on 4 July and from Antwerp Airport to Innsbruck in January 2021. Aviation24.be was invited to participate in a demonstration flight touring Belgium between Brussels and Antwerp.

At 10:00 some members of the ASL team explained the concept of the Fly Executive flights, which are half-way between scheduled flights on regular airlines and private flights on business jets. Passengers gather at a general aviation terminal half an hour before departure and can wait comfortably in a lounge before going through security and boarding at a walking distance. This makes the procedure very short for a big saving in time. They are also allowed 25 kg of checked baggage.

Onboard the Embraers ERJ135 (30 seats instead of normal 36) and ERJ145 (42 seats instead of the usual 50), passengers enjoy a luxurious seating arrangement: leather seats in a 1-2 layout with ample legroom; the overhead bins are removed to create a spacious atmosphere. They are welcomed with a glass of Moët & Chandon champagne and will be served snacks and sushi during the trip. Upon arrival, they disembark also in a general aviation terminal with speedy procedures.

Onboard now for the demo flight

After a quick passage through the small security check of the general aviation terminal, we were quickly led to the waiting Embraer ERJ-145 sporting the ACE logo on its tail (Air Charters Europe, a company set up by the ASL Group). 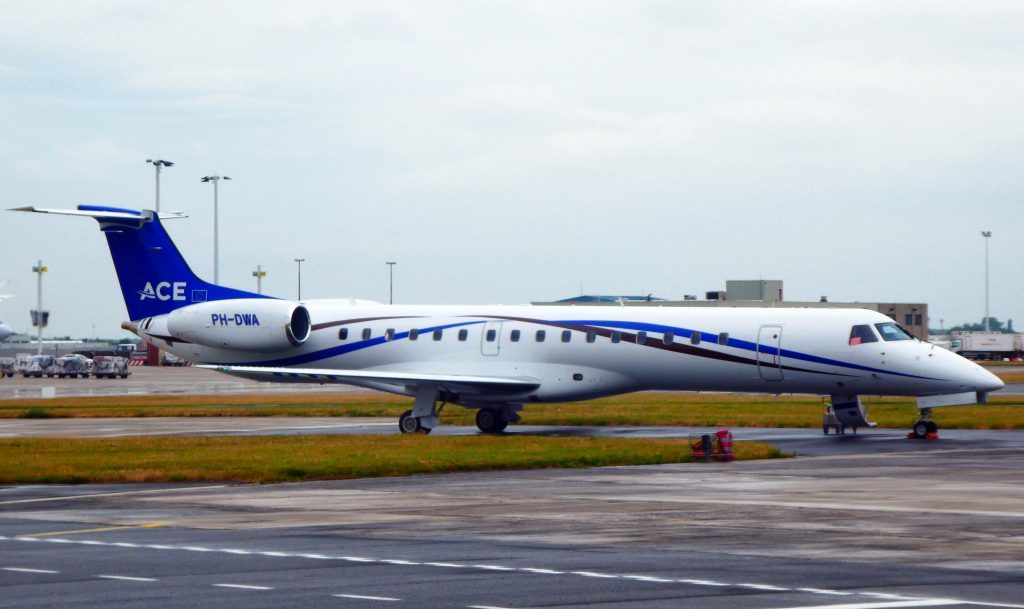 … not without a salute to the latest acquisition of the Belgian Air Force, the Falcon 7X registered OO-LUM. 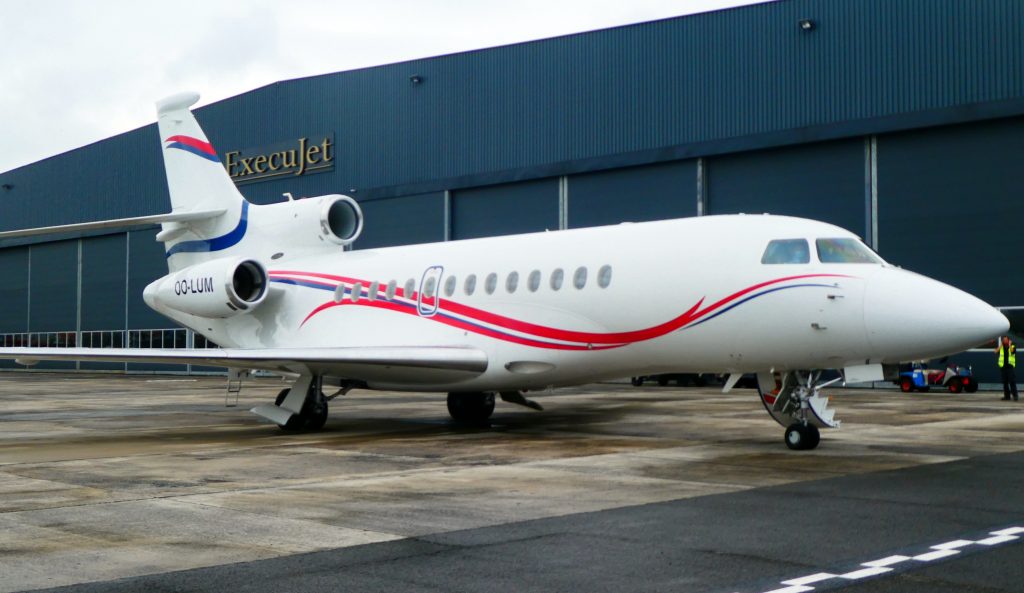 Friendly welcome on board with a dose of alcoholic gel dispensed by the two stewardesses Daisy and Elisa. And in addition, the face mask was compulsory during the whole flight (with an exception to enjoy a glass of champagne!). 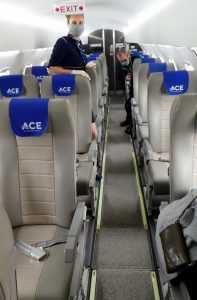 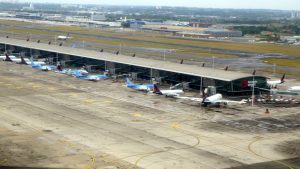 After a long taxi from the General Aviation Terminal to the opposite side of the airport, unusual take-off from Runway 01.

The captain then explained the itinerary: towards Chièvres, and then to Ghent and the Belgian Coast at Knokke before making a 270° turn towards Antwerp along the Scheldt River.

During the whole flight, the captain maintained the aircraft at FL18 (approximately 500m altitude) enabling nice views of the landscape despite bad weather.

Meanwhile, Daisy and Elisa showed how exemplary service should be onboard Fly Executive aircraft.

After a seamless flight, landing on runway 29 of Antwerp Airport and disembarking. An opportunity to see the new ASL longe.

At Antwerp Airport, a ceremony was organised in the presence of Flemish Minister of Mobility Lydia Peeters who was also on board of the flight. 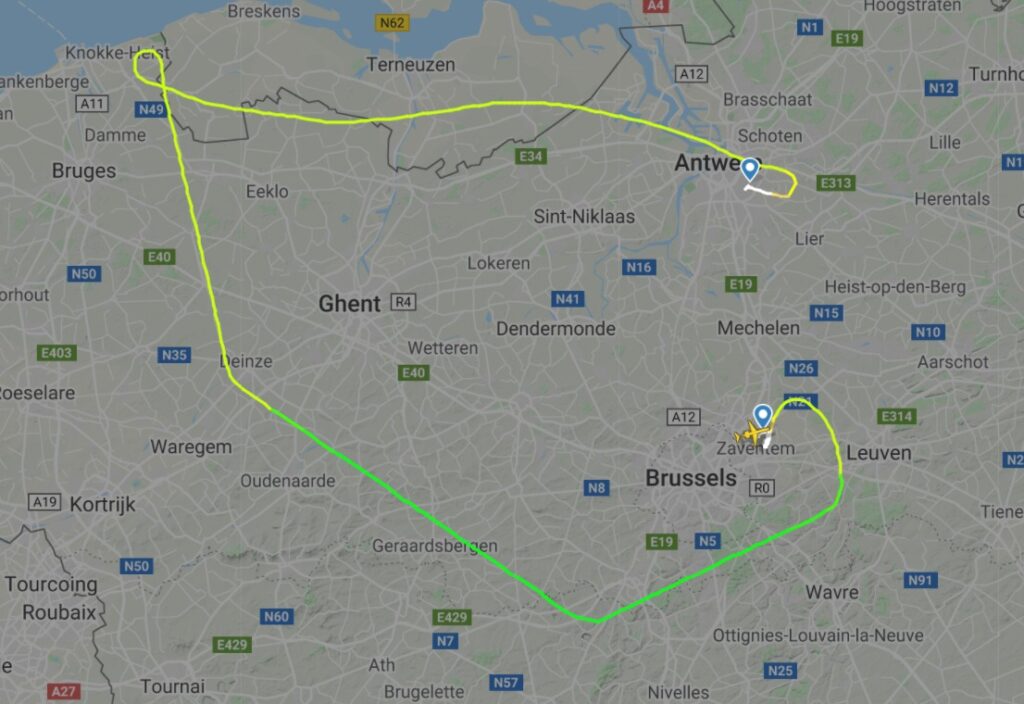 After the reception and lunch at Antwerp Airport, ASL Group provided transport by minibus to return the General Aviation Terminal of Brussels Airport.

Aviation24.be wishes to thank ASL Group for the opportunity to test their new Fly Executive concept.