“With 24 of our member airlines flying to Heathrow, the airport is served by more Star Alliance member carriers than any other airport in our worldwide network. Therefore our long term strategy for Heathrow has always been to locate all our members under the same roof. With Air India’s successful move to the Queen’s Terminal we have now accomplished this”, said Jeffrey Goh, CEO Star Alliance.

Compared to Terminal 4, the check-in layout and concept in Terminal 2 allows customers to take greater control of their journey. This has been made possible through a combination of increased automation and common check-in. Travellers who have not checked in online can use any of 81 multi-airline check-in kiosks available throughout Terminal 2. These also print boarding passes and bag tags. Once checked in, Air India passengers can drop off their bags at the shared counters in Zone D. Customers requiring additional support and assistance or travelling in First Class, Business Class or holding Star Alliance Gold status will also find the respective counters in Zone D.

Air India customers travelling in either First or Business Class or holding Star Alliance Gold status can make use of any of the four lounges in Terminal 2 operated by fellow Star Alliance member airlines Air Canada, Lufthansa, Singapore Airlines and United.

“Ever since we started operations from Terminal 2 at Heathrow, we have been receiving very positive customer feedback on the new facility. We are certain that the approximately 1,000 Air India passengers who will be using Terminal 2 every day will notice a significant improvement in their travel experience”, said Goh. “This will especially be true for the several hundred passengers who connect between Air India and other Star Alliance carriers via Heathrow on a daily basis. They can now do this in the comfort of a single terminal, rather than using busses to transfer across the airport”, he continued.

The concept of having all Star Alliance member carriers operate from the same terminal at Heathrow was first raised with the airport operator more than a decade ago and came to fruition when Terminal 2 | The Queen’s Terminal opened in June 2014. 23 member airlines moved into Terminal 2 on a staggered schedule between June and October 2014. Air India became a Star Alliance member the same year and has since worked on adapting its processes in order to fit in with the new check-in concept offered in Terminal 2.

Operating from a single terminal at Heathrow ensures that Star Alliance member carriers can offer approximately 12 million annual customers using the airport a vastly improved travel experience, including shorter connecting times. The latest technology is used throughout the terminal to give passengers more control of their journey. 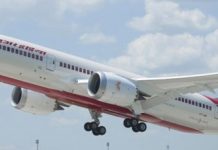 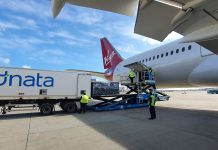