Second lounge in Greater China, sixth worldwide – more than any other airline alliance SkyTeam, the global airline alliance, has offered a preview of its latest lounge which will open at Beijing Capital International Airport in the coming weeks.  The second SkyTeam-branded lounge in the Greater China region and the sixth worldwide, it will offer a luxurious pre-flight experience complemented by high-end amenities for First and Business Class passengers and Elite Plus members flying on any of the 12 SkyTeam airlines serving the airport.

The spacious 800-square meter facility has seating for 160 guests and, in keeping with SkyTeam’s lounge theme, features SkyTeam’s signature sleek, modern curves and natural accents of wood.  The lounge was constructed in collaboration with SkyTeam by members China Eastern and China Southern. Beijing Aviation Ground Services will manage and operate the facility on behalf of the alliance.

The exclusive behind-the-scenes tour of the new lounge was hosted by SkyTeam CEO and Managing Director, Perry Cantarutti, and SkyTeam Chairman, Michael Wisbrun, and attended by media, CEOs and executive leaders of member airlines, who were in Beijing for a SkyTeam Governing Board meeting this week.

“More than 14 million SkyTeam passengers fly through Beijing each year and, as the largest alliance in Greater China, opening our second lounge underscores our commitment to enhancing the travel experience for our top customers in the region,” said Perry Cantarutti.  “With the new lounge, SkyTeam will offer more branded lounges across its global network than any other airline alliance.  Because these lounges are popular with our customers and add value for our members, we are developing plans to expand our global lounge portfolio even further.”

Highlights of the Beijing lounge include:

SkyTeam customers benefit from more than 630 airport lounges throughout its worldwide network. In addition to the new Beijing lounge, these include other SkyTeam-branded facilities in Dubai, Hong Kong, Istanbul, London Heathrow and Sydney 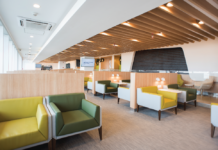 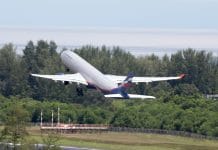 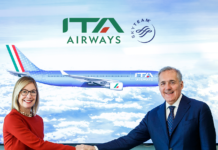 SkyTeam welcomes ITA Airways on board