Public transport in the Chinese city of Wuhan, where the coronavirus epidemic started last month, will be suspended from Thursday and residents urged not to leave the city, public television channel CCTV said.

Bus, metro, ferry and long-distance transportation will stop running at 10:00 a.m. local time (02:00 UTC), and the airport and stations of this mega-city of 11 million people will be closed to departing travellers.

The move aims to “effectively contain the pace of the spread of the epidemic” and save lives, said the command centre set up by the local authorities against the virus in Wuhan.

The government invites the inhabitants not to leave the city, except in exceptional circumstances.

The director of the World Health Organization (WHO) also announced on Wednesday that he did not want to decide immediately if the new virus constituted an international emergency, prolonging the emergency committee discussions by one day.

British and Italian authorities on Wednesday announced measures to monitor passengers from Wuhan, which will include temperature checks in Rome. Other countries, including Russia and Thailand, have implemented systematic temperature controls for travellers from China.

This coronavirus (of the same family as the SARS), which appeared last December in Wuhan, in central China, has spread to several countries in Asia and even the United States, where the first case has been identified. It killed 17 people in China, where hundreds of people were infected.

On Wednesday, the European Centre for Disease Prevention and Control warned that “a new spread around the world is likely“, and requested “urgent” additional scientific data “to better understand the virus“. However, it considers that the risk of importation of cases into the European Union is “moderate“.

UPDATE:  China extended the quarantine to the neighbouring cities of Huanggang and Ezhou 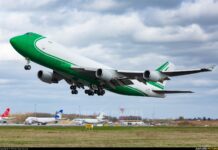 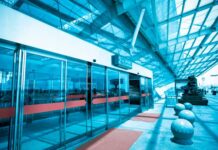