Air traffic was able to resume on Sunday at Liège airport, despite disruptions due to snowfall. The situation should be wholly restored Monday morning, or even during the night, says airport spokesman Christian Delcourt.

Traffic at Liège airport was severely disrupted throughout the weekend due to heavy snowfall in the region. Several planes have therefore had to be diverted to Ostend or Brussels, said the spokesperson for Liège Airport.

On Saturday, the airport was completely shut down due to heavy snow and ice. Several planes that had landed were blocked on taxiways and on the apron. Many flights were consequently diverted to the airports of Ostend and Brussels.

Sunday morning, take-offs were able to resume. The resumption of landings was only very partial because a plane was still blocking access to the taxiway.

The complete return to normal will depend on the evolution of the weather in the coming hours. 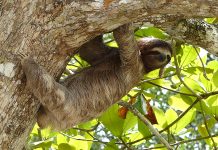