Air Belgium will expand its activities by launching cargo transport. The Belgian airline will indeed add four freighter planes to its fleet. It will therefore offer full freight services from Liège Airport, in parallel with its passenger flights from Charleroi.

The first two cargo planes to join the fleet should be operational from next March. They will have Liège Airport as a base, where its CEO Niky Terzakis was formerly active as the boss of TNT Airways, which was taken over by FedEx. He was the one who transferred the activities of Dutch TNT Airways to Liège Airport.

Neither the type of aircraft (some sources mention the Airbus A330F) nor the future routes have been disclosed yet. The company aims to be able to deploy six cargo planes in Liège by the end of the year. This will help offset the planned dismissal of 671 workers by FedEx in 2022.

Air Belgium will continue to operate its passenger flights to and from the French West Indies from Brussels South Charleroi. The latter have been suspended as of tomorrow until March, in view of the current travel restrictions.

The first connections to Mauritius, which should have started in mid-December from Brussels Airport, will not be provided until March 30, according to Air Belgium’s latest communication.

The entry into the cargo market shows the agility of Air Belgium and its flexibility to adapt to market conditions.

A reliable source mentions that the first four aircraft will be A330-200F from Qatar Airways Cargo, which will thus not need a P-to-F conversion:

Furthermore, these planes are only 5 years old and have cockpit commonality with the present A340-300s. 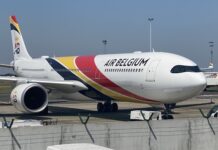 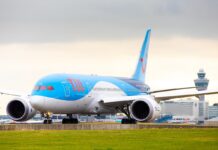 Restrictions in Amsterdam: TUI fly Netherlands moves part of its flights to Rotterdam, but also to Liège