The European Commission has approved Belgian plans to grant up to €19.2 million for the recapitalisation of the Brussels South Charleroi Airport SA (“BSCA”). The measure was approved under the State aid Temporary Framework.

Executive Vice-President Margrethe Vestager, in charge of competition policy, said: “Airports are among the companies that have been hit particularly hard by the coronavirus outbreak. With this measure, Belgium will contribute to reinforcing Brussels South Charleroi Airport’s equity position and help the company face the economic effects of the outbreak. At the same time, the State aid will come with strings attached to limit undue distortions of competition. We continue working in close cooperation with Member States to ensure that national support measures can be put in place in a coordinated and effective way, in line with EU rules.”

BSCA is a company managing the Brussels South Charleroi Airport. The airport is the second airport serving the city of Brussels. Belgium (through the Walloon Region) is the majority shareholder in BSCA.

Due to the coronavirus outbreak and the travel restrictions that Belgium and other countries had to impose to limit the spread of the virus, BSCA suffered substantial losses while still facing significant operational costs. As a result, this had a negative impact on the financial situation of the company and on its viability.

Belgium notified the Commission, under the Temporary Framework, of its plans to grant up to €9.8 million for the recapitalisation of the BSCA.

The Commission found that the recapitalisation measure notified by Belgium is in line with the conditions set out in the Temporary Framework. In particular:

The Commission concluded that the measure is necessary, appropriate and proportionate to remedy a serious disturbance in the economy of a Member State, in line with Article 107(3)(b) TFEU and the conditions set out in the Temporary Framework. The measure aims at restoring the financial position and liquidity of BSCA in the exceptional situation caused by the coronavirus pandemic, while maintaining the necessary safeguards to limit competition distortions.

On this basis, the Commission approved the measures under EU State aid rules. 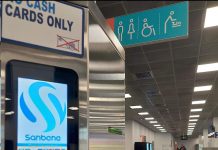 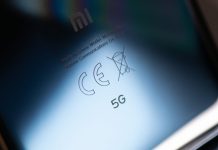