In November 2018, Brussels Airport welcomed 1,940,140 passengers. Which is 5.9% more than last year, and a remarkably strong figure for November, traditionally a quiet month in the aviation sector. 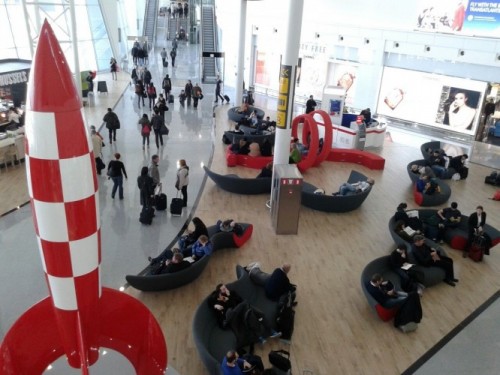 Over the past twelve months, the airport substantially expanded its network, especially with flights bound for Asia. Which explains why it comes as no surprise that intercontinental traffic shows a strong 10% rise up from the same month of last year thanks to the new flights laid on by Cathay Pacific to Hong Kong, Hainan Airlines to Shenzhen, more winter seasonal flights by Air Canada and ANA’s larger B787-9 aircraft that serves its Tokyo route.

Flying 7.5% more passengers compared to November 2017, the rise is most distinct among originating passengers. The number of transfer passengers too is back on the rise with +2.3% up from November of last year, after having remained on an even keel over the summer months.

The full cargo flights and express services recorded a fall by 8% and 6% respectively, compared to the same period last year. As Amsterdam airport had reached its maximum flight limit in November 2017, a lot of these flights were re-routed to Brussels Airport. In the meantime, the bulk of these flights have returned to Amsterdam.

Belly cargo, on the other hand, went up by 2.3% compared to November of last year, especially courtesy of new routes to Asia (Cathay Pacific and Hainan Airlines).

The volume in trucked cargo from and to other airport hubs is continuing its unabated growth, witnessing its strongest increase in recent months: a staggering +31.3% compared to the same month of last year.