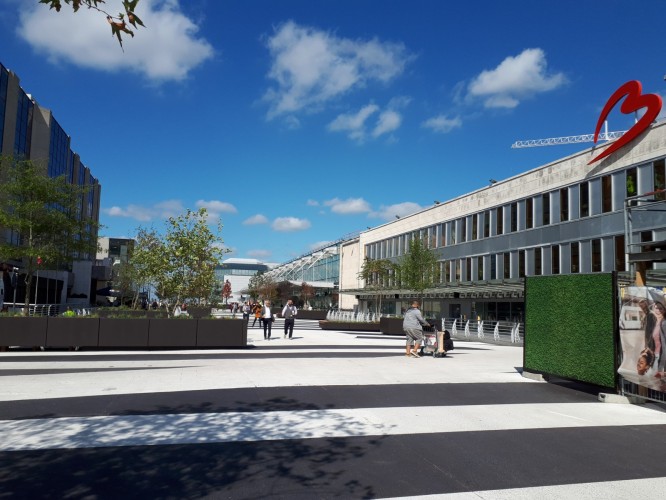 This summer, more than 5.3 million passengers passed through Brussels Airport, up 2.6% on the same period in 2018. Taking its lead from July, August also saw a nice 2.6% growth, welcoming over 2.6 million passengers. Cargo transport, for its part, fell by 8.7% compared to August 2018.

The school holidays have just ended and the traffic results are more than positive for Brussels Airport. Over the two months of holidays, no fewer than 5,377,828 passengers passed through Brussels Airport, an increase of 2.6% compared to the same period in 2018. The busiest day of the summer, but also of the year and even in the history of Brussels Airport, was Monday 29 July with 98,076 passengers. This summer was marked by many busy days with more than 90,000 passengers, and even over 95,000 passengers on several occasions.

In August, Brussels Airport welcomed 2,642,358 passengers, representing a 2.6% increase compared to August 2018, keeping up the momentum recorded in June and in July.

The strongest growth in long-haul traffic was recorded by Emirates, Ethiopian Airlines and United Airlines.

Cargo transport at Brussels Airport was down by 8.7%.

In August 2019, full freighter traffic experienced a sharp drop of 17.1% in comparison to August of last year, which can be explained by the reduction in the frequency of full freighter flights. This reduction in capacity has consequences for belly cargo, which, in turn increased by 2.7%. This upward trend can also be put down to the arrival of larger aircraft from Finnair and the recovery of the freight loading business at Brussels Airlines compared to last year.

Integrator services, for their part, fell by 5.7%, while trucked freight witnessed a sharp downturn of 15.8%.

Unfortunately, the summer holidays were marked by three incidents in the baggage handling system, each with a different cause. In early August, baggage handling was disrupted due to a strap that became detached from a piece of baggage, which blocked the system for a few hours. Together with its partners, Brussels Airport worked tirelessly to dispatch the baggage that had been blocked at Brussels Airport to the passengers concerned as quickly as possible.

A total of 4.3 million pieces of luggage were handled at Brussels Airport this summer. 99.4% of this luggage was handled and delivered on time, but unfortunately about 26,000 pieces could not be dispatched immediately. Brussels Airport regrets the inconvenience that these incidents may have caused for the passengers concerned and is doing everything possible to further increase the reliability of its baggage handling system.