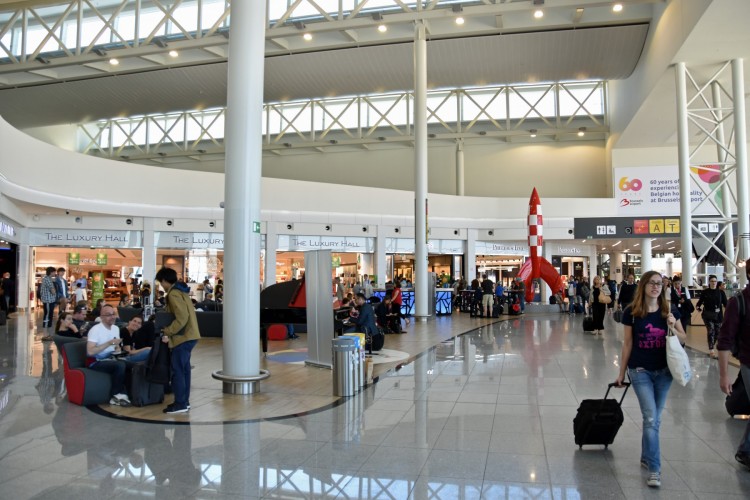 Over the first six months of 2018, Brussels Airport set an all-time record by exceeding the 12 million passenger mark, which represents a 4.4% rise compared to the same period in 2017. Long-haul traffic in particular enjoyed substantial growth thanks to the arrival of new carriers and new destinations. Cargo traffic went up by 6.9 % during the first semester by comparison with the same period last year, thanks to a healthy increase in the volume of belly cargo and in trucked air cargo.

Brussels Airport set an absolute passenger record in the first semester of 2018, with over 12 million passengers departing from or arriving at the airport, which represents a rise by 4.4 % and half a million extra passengers up from the same period last year. The number of originating passengers rose by 4.7 %, i.e. slightly more than the number of transfer passengers (+3.2%). This handsome rise is largely due to the increase in long-haul traffic, the arrival of new airlines (Cathay Pacific and Georgian Airways), the new Asian destinations (Shanghai, Shenzhen and Hong Kong) and a higher number of flights to Dubai. Also worth noting is the strong recovery in charter flights to Turkey, Egypt and Tunisia.

In June, Brussels Airport welcomed 2,313,894 passengers, i.e. a 4 % rise up from June 2017. This is the 3rd time this year that the number of passengers has exceeded the mark of 2 million of passengers per month.

The number of originating passengers went up by 6.6% in the last month, whereas the number of transfer passengers fell by 5.4%. This is explained by higher sales to originating (locally boarding) travellers, whereas last year, the empty seats needed to be filled with transfer passengers. The fast recovery of Turkish, Egyptian and Tunisian holiday destinations also contributed to this rise in originating passengers. Finally, Brussels Airlines faced a certain number of cancellations of regional European flights as a result of technical problems, which meant that passengers had to be rebooked onto other flights.

Jointly, the long-haul carriers showed a 15 % growth compared against June of last year, mainly thanks to new flights and higher flight frequencies to Asia and the Gulf region.

The holiday segment also saw a handsome performance in June, with the flights of TUI fly and Corendon Airlines.

During the first semester of 2018, Brussels Airport carried 6.9 % more cargo than in the first six months of 2017.

The fall in full-cargo volume (-7.9 %) is to be attributed to some of the full cargo air carriers leaving or withdrawing because of the stricter noise restrictions imposed by the Brussels Capital Region at the start of 2017. This fall is offset in the first semester of 2018 by a strong rise in belly cargo (+18.4 %) and in trucked air cargo (+22.8 %).

In June 2018, cargo transport at Brussels Airport witnessed a strong 14.6 % increase by comparison with June 2017, courtesy of the strong growth in the full cargo segment (+14.3%) and in the volume of belly cargo carried by commercial flights (+24.3%), with new routes and new flights taken into operation by Hainan, Emirates and Cathay Pacific. Air cargo went up by (+9.9 %).

Exports are continuing to grow (+11%), half of which goes to Asia. But more than anything else, it is the imports (+24%), largely hailing from Africa, North America and Asia, that are making a big forward leap.

The amount of trucked air cargo showed a spectacular 29 % boom compared against the same month of last year. All of which means that we are carrying more goods to the airports of Amsterdam, Frankfurt, Luxembourg and Paris than we load onto passenger flights in Brussels. This also acts to demonstrate the quality and strength of the logistical cargo platform but also the need for added capacity to meet this demand.

In June, we recorded a total of 21,000 flight movements (cargo and passengers), i.e. 2.4% drop in comparison with the same period last year. For passenger flights, the number of flight movements fell by 3%, mainly due to the technical cancellations over at Brussels Airlines. Because of this fall, but also because of the use of larger aircraft and a better passenger load factor, the number of passengers per flight rose from 119 in June 2017 to 128 in June 2018, representing a 7.5% increase.

By bicycle to Brussels Airport Brucargo area: construction of a new bicycle bridge starts on 15 September