In January, Brussels Airport welcomed 1,663,198 passengers, an increase of 2.6% compared to January 2018. The winter weather in Europe, especially on 30 January, had a slightly negative impact on passenger numbers. Growth was recorded in the number of originating passengers (+3.1%) as well as in the number of transfer passengers (+0.7%).

The growth in the number of long-haul flights (+ 3.7%) was slightly higher than that of the short-haul flights. In particular, Cathay Pacific, Hainan Airlines, Ethiopian Airlines, Air Canada and Rwandair contributed to these positive results.

In January, the cargo volume amounted to 55,030 tons, or a decrease of 3.2% compared to January 2018. It is the first time in months that the freight sector at Brussels Airport records a slightly negative growth. The decrease in cargo traffic was already observed in other European airports in November and December.

The increase in the number of long-haul flights generated an increase of 8.5% in belly cargo compared to January last year. Trucked cargo grew by 3.5%.

Cargo carried on board of full-freighter aircraft declined by 17.3% compared to the same month last year. This decrease is mainly due to the fact that certain airlines cut back their flights. Cargo carried by express operators is decreasing in weight (-5.2%), which is the trend in recent months where e-commerce is increasing. These products have a lighter weight than traditional cargo. 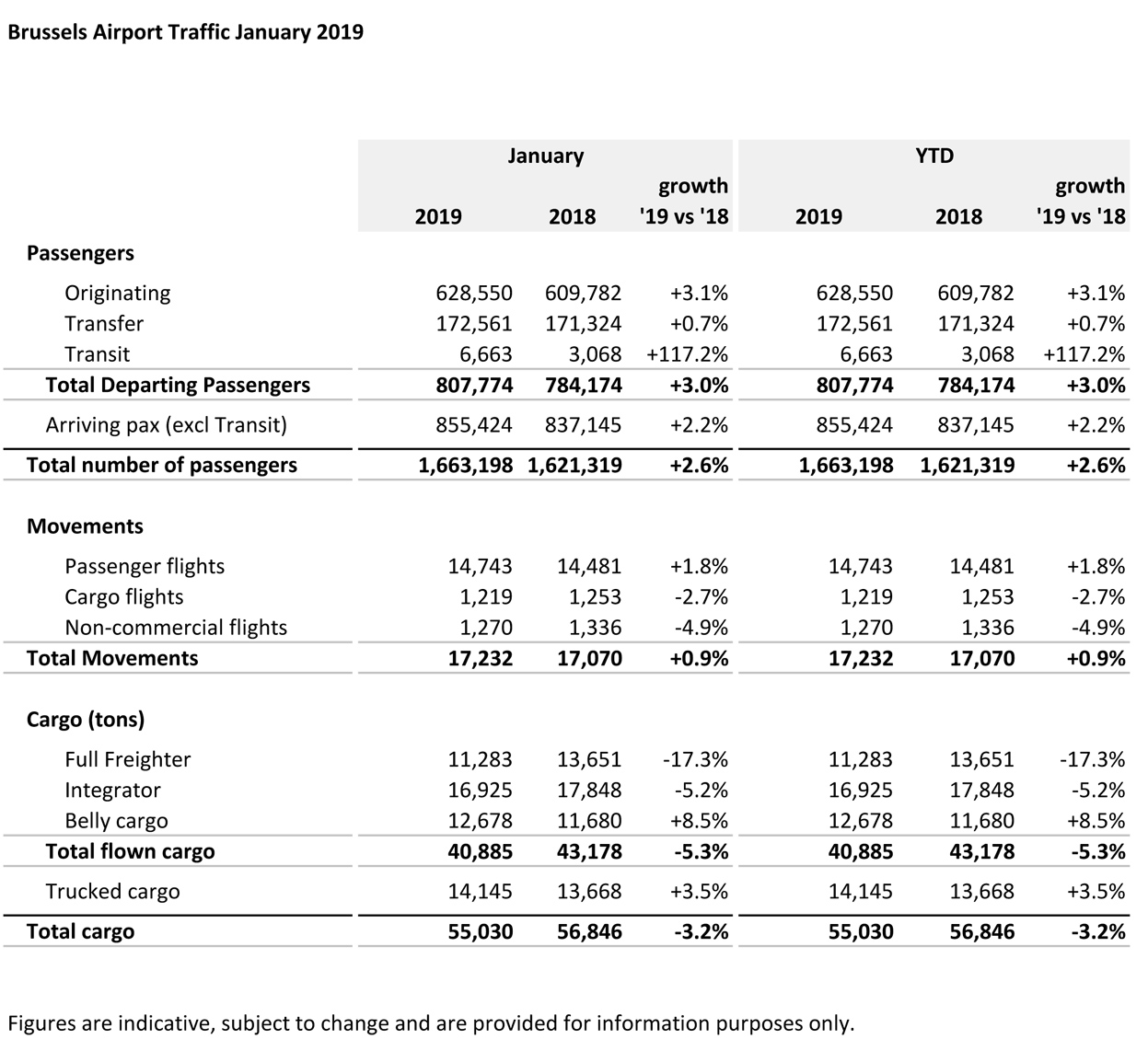