On Sunday 5 November 2017, Brussels Airport has closed its main departure runway, RWY 25R, after a landing incident of an inbound aircraft.

A Kalitta Air Boeing 747, inbound from Bahrain as flight K4244 BAH-BRU, caused an oil spill during landing on RWY 25R. 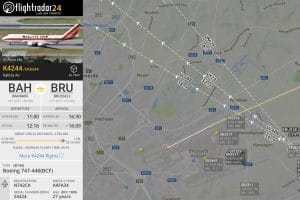 The incident occurred at around 17:00 local time. The airport was forced to close the runway, most probably for inspection and cleaning of the runway surface. 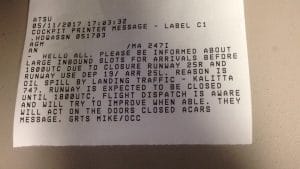 At moment of writing, the runway was expected to be closed until 19:00 local time (18:00 UTC). As a result, the airport faced large inbound slots for arrival.