Almost 66,000 tonnes of goods were transported 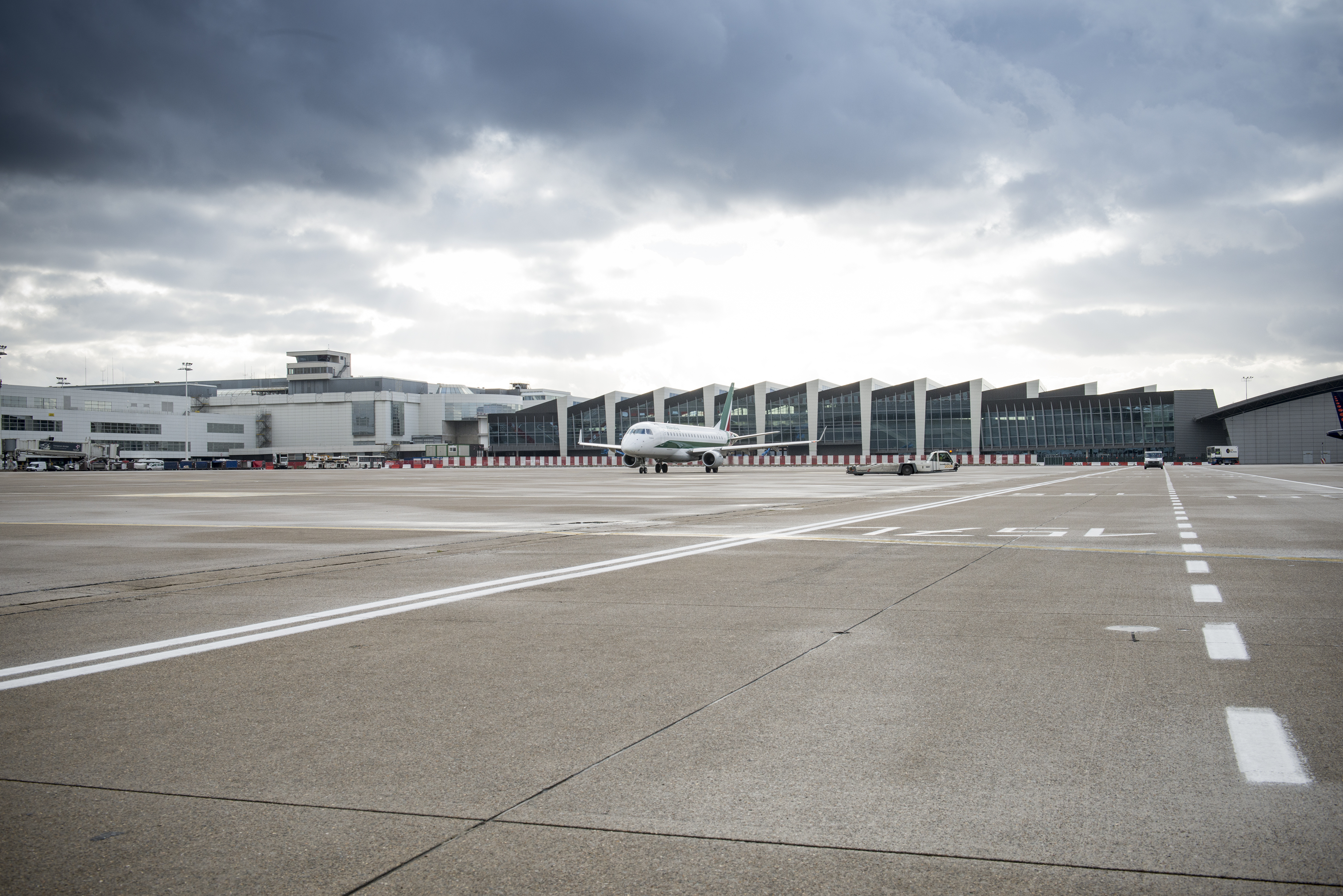 Passenger traffic: an increase of 527%.

In April, Brussels Airport welcomed 1,568,413 passengers, the best result since the crisis began in March 2020. Nevertheless, even if progress and recovery are evident, this is still a 31% decline compared to April 2019. Compared to 2021, the airport records a 527% increase, but Belgium was facing a travel ban at the time. The Easter holidays were the main reason for this increase.

The increase continued after the holidays, which bodes well for the summer season. The start of the spring holidays in the Netherlands also had a positive influence on the figures for the last week of April. On the other hand, the strike by Belgium-based Ryanair cabin crew had a very limited impact as only a small number of Ryanair flights operated from Brussels Airport were affected.

The share of departing transfer passengers is 13%, 4 percentage points lower than in 2019 due to a stronger recovery in originating departures and a decrease in transfers within Europe.

The top ten most visited countries from Brussels Airport in April were Spain, Italy, Germany, Portugal, Turkey, the USA, France, the UK, Switzerland and Greece. Spain, Turkey and Greece did particularly well compared to 2019.

In April, cargo transport at Brussels Airport decreased by 14% compared to April 2021. Air cargo volumes also fell by 14%. The full cargo segment declined by 30%, while belly cargo rose by 58% due to the increase in the number of passenger flights. Cargo-only passenger flights accounted for 39% of full cargo flights.

Integrator services declined by 17% due to slower growth in the Western European e-commerce market and the temporary reallocation of certain flights to other airports. In addition, trucked air cargo volumes fell by 14%.

As to cargo, the number of cargo flights has decreased by 16% compared to 2021. 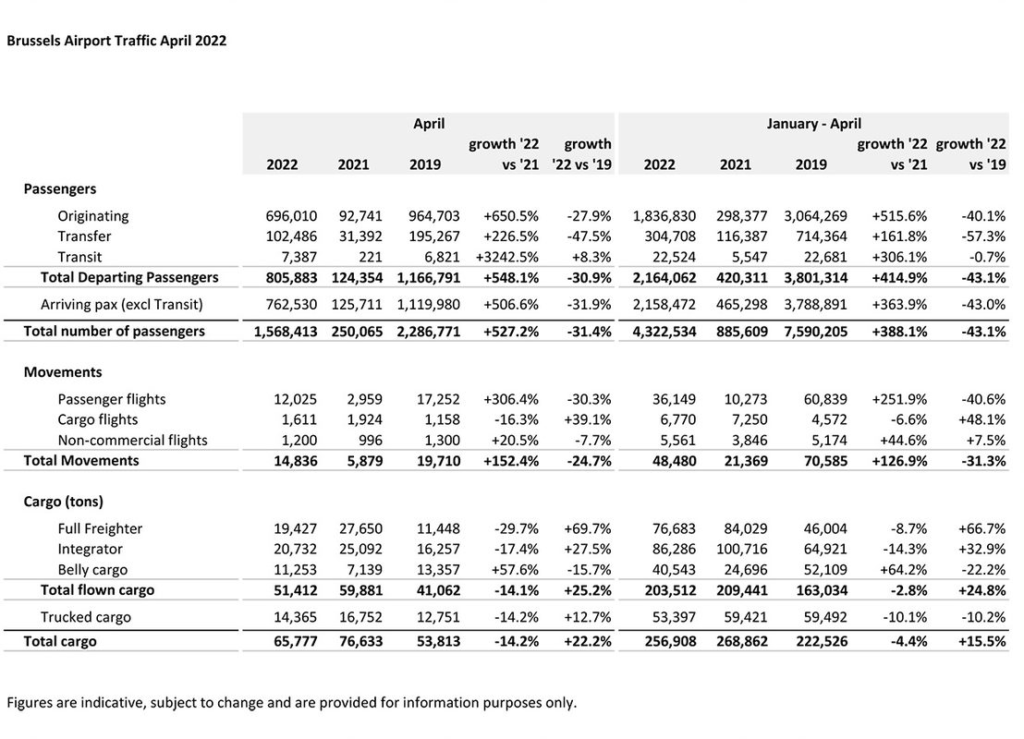