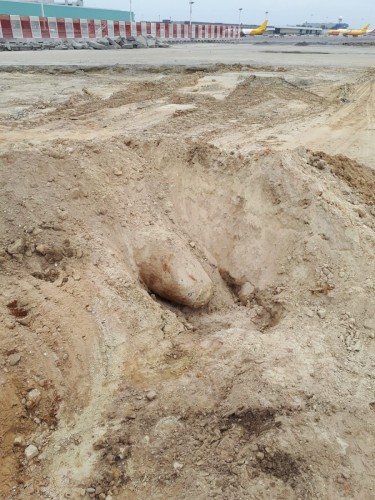 During works on apron 9 at the cargo site, a World War II aircraft bomb was found on Monday 20 August. All works on the apron were stopped and, following the instruction of DOVO/SEDEE, a preventive safety perimeter of 100 meters around the bomb was set.

After inspection of the aircraft bomb, DOVO/SEDEE confirmed that there was no danger to passengers, airport staff or operations. As there was no immediate danger, DOVO/SEDEE decided to disable the bomb during the night of Tuesday to Wednesday.

DOVO/SEDEE was able to dismantle the aircraft bomb without having to detonate it. Brussels Airport wishes to thank DOVO/SEDEE and all services and partners involved for the good collaboration.