Just a month after being announced by surprise, the million-euro investment to expand the Barcelona-El Prat airport has been suspended due to differences between the central government and that of the Generalitat. This stoppage, which has also come without prior notice, represents a “first victory” for Zeroport, the platform that brings together a hundred social and environmental organisations opposed to the expansion.

The expansion of the third runway in El Prat to host an “intercontinental hub“, as announced by the Government, aroused criticism from social entities for its contribution to an increase in emissions and for the impact it would have on a natural area protected near the aerodrome, the surroundings of La Ricarda.

The PSOE and JuntsxCat parties defended the project for its economic benefit since it would mean the creation of 85,000 jobs and an increase of two points in Catalan GDP.

The unions CC.OO. and the UGT have described the announcement as a “disaster” and have demanded the reopening of the negotiations “without the partisan battle.”

Opponents to enlargement stress that the reduction in air traffic caused by the pandemic will continue for years due to the deepening climate crisis. “The same International Air Transport Agency (IATA) is not clear when flights will recover, or if they will. They talk about 2026, but there is a very powerful energy crisis: cheap oil is ending and the low costs of flights“, predicts the spokesman for Ecologists.

Barcelona’s aerodrome, the second busiest in Spain after Barajas, is located in an area of ??high ecological value and in the “third most important wet zone” in Catalonia, the Llobregat delta. Specifically, a few metres from the border of the airport is the valuable lagoon of La Ricarda, one of the few wetlands that resist in this urbanised area to the south of Barcelona.

The project involved the destruction of part of this area, protected within the Natura 2000 Network. “What from the outside looks like a pond of ducks, as someone has once said, is only the tip of the iceberg of a very hydrogeological system. interesting and very complex,” says an expert. 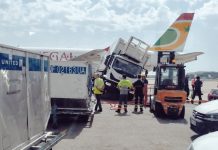 Korean Air to resume flights to Rome and Barcelona 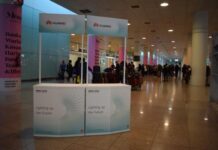