Hartsfield-Jackson Atlanta International Airport (ATL) sustained a power outage on Sunday (1:00 PM LT), the cause of the incident remains under investigation. ATL officials are working with Georgia Power to identify the cause and remedy the situation, and will update as soon as more information is made available.

Over 50 flights to Atlanta have diverted to 30 different airports so far due to the ongoing power outage at the airport.

According to the FAA, approximately 80-100 aircraft are currently parked on taxiways and runway 9R in Atlanta awaiting gates due to loss of power in the terminal buildings.

As ground stop continues, over 600 flights to/from Atlanta have been cancelled due to the power outage at the airport. FedEx, UPS, and other cargo airlines at North/South cargo facilities are still operating.

Southwest Airlines has cancelled its flights to/from Atlanta for the remainder of this Sunday. A travel waiver has been issued for Delta customers flying to, from or through Atlanta allowing customers to make one-time changes to their travel plans.

Update: Atlanta’s ground stop is extended again to at least 7:00pm EST and the FAA has advised that “further extensions are highly likely.” 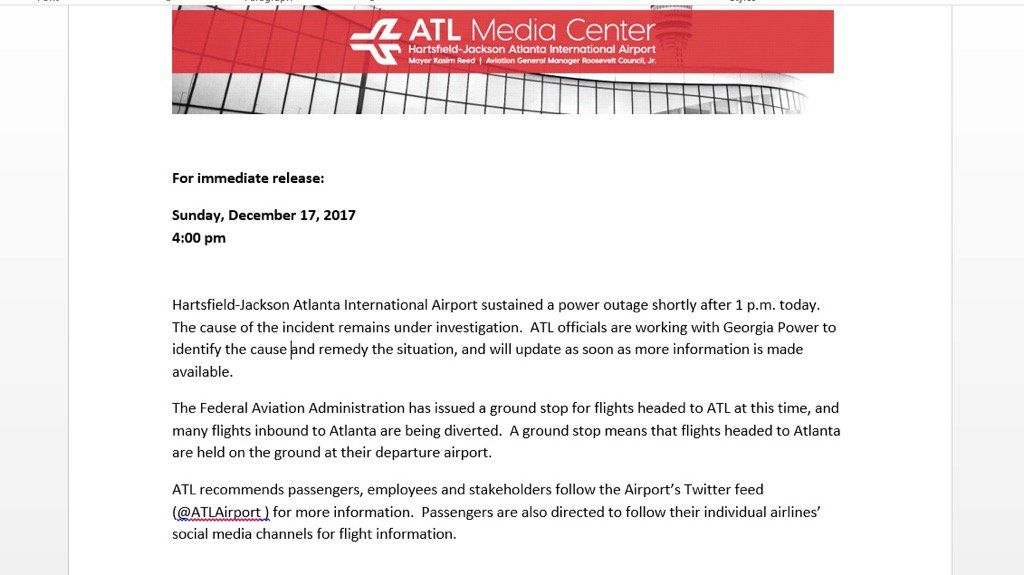