Royal Schiphol Group, Eneco and the municipality of Vianen opened the new Autena wind farm today. The farm has three wind turbines, two of which supply green energy to Royal Schiphol Group. This supply amounts to around 20 GWh per year, which is comparable to the annual energy consumption of 17,000 households. Eneco will build more wind turbines for Royal Schiphol Group over the next two years, so that by January 2020 all of the power for the airport company will come from newly constructed Dutch wind farms.

Since 1 January 2018, Eneco has been supplying Schiphol, Rotterdam The Hague Airport, Eindhoven Airport and Lelystad Airport with sustainable power. Together, the airports consume around 200 GWh, which is comparable to the consumption of 60,000 households, or the size of Haarlemmermeer or Delft.

New wind farms
The long-term contract with Royal Schiphol Group enables Eneco to invest in new wind farms. This means Schiphol will not be drawing power from the existing sustainable energy network. It will also increase the total supply of sustainable power in the Netherlands.

Flying Electric and GreenTower
The names of the wind turbines that will supply energy to the airports were also announced today. Primary schools from Vianen submitted suggestions for the names. The winning entries were ‘Flying Electric’ from Egbertus primary school and ‘GreenTower’ from OBS Tijl Uilenspiegel.

Eneco is exploring the possibilities for offering the excess green energy from the wind farm – approximately 10 GWh – to residents of Vianen. The municipality of Vianen is also benefiting from the wind farm’s presence, as Eneco will be contributing €30,000 each year to a spatial quality fund. Residents of Vianen can submit their own ideas for how to spend the fund, provided that it benefits outdoor areas. 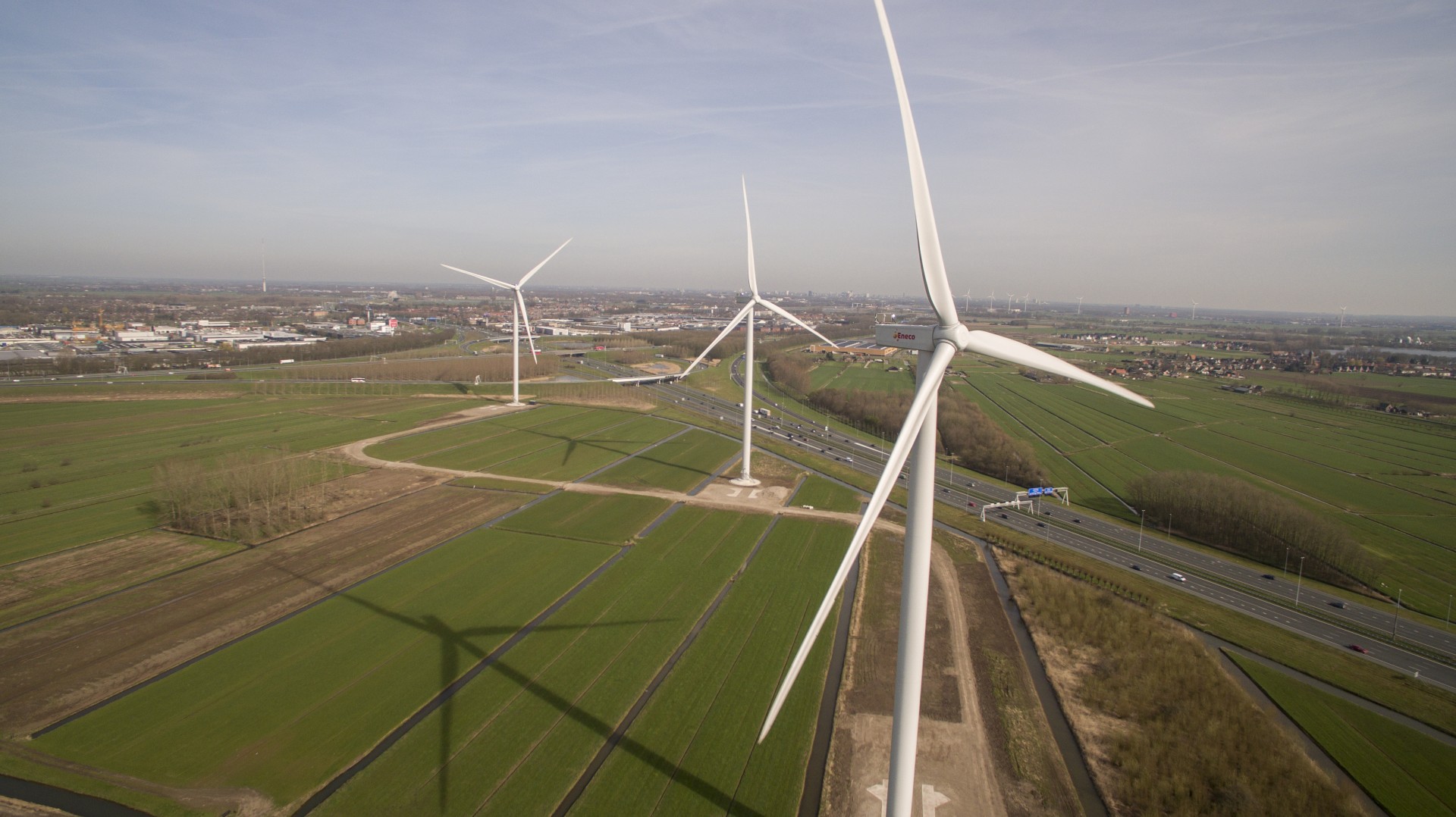