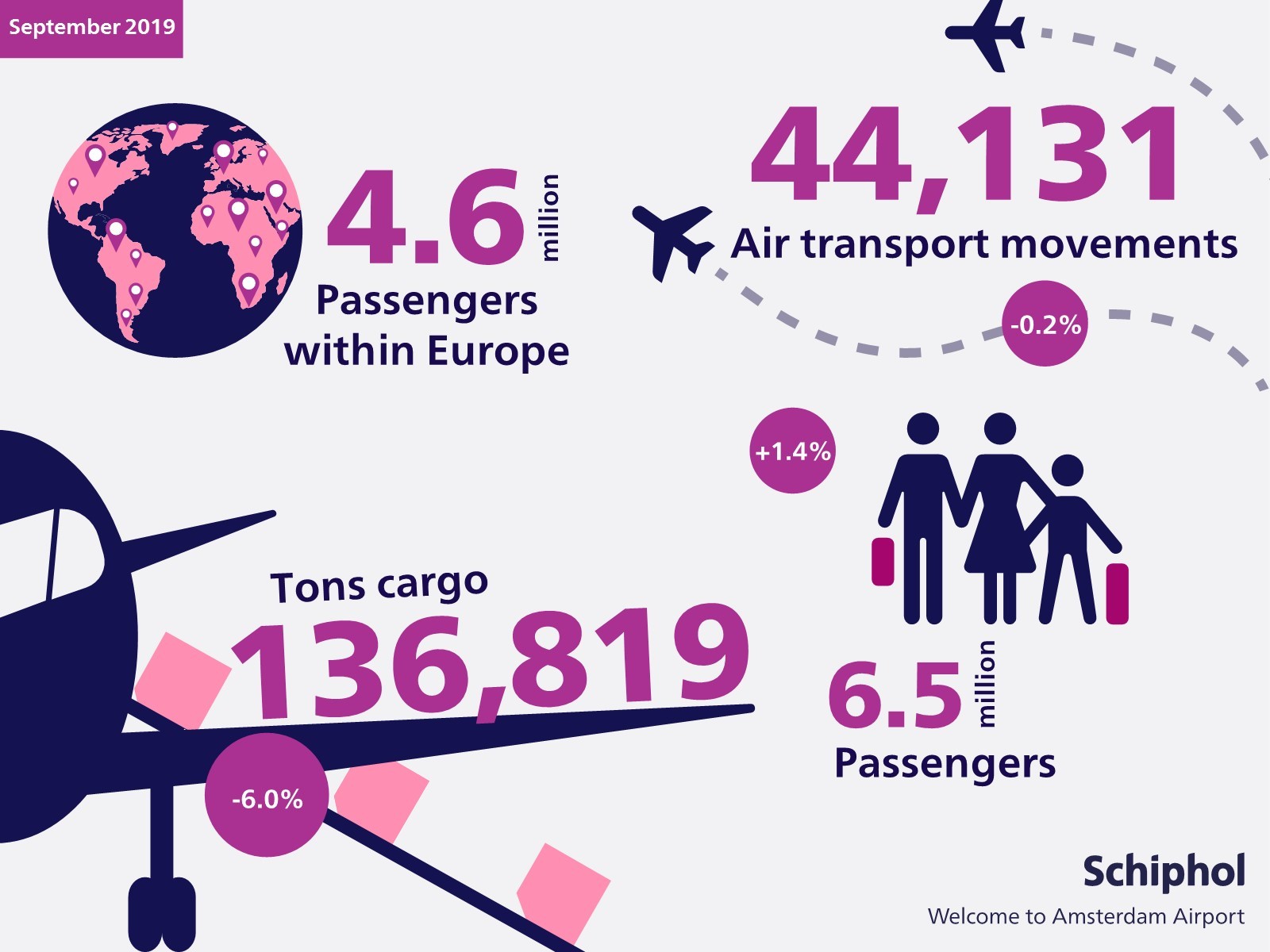 Cargo flights decreased by 89 (-6.6%) to 1256 in September. As the tonnage transported per flight increased slightly, the total transported volume decreased by 6%. A contraction in the air cargo sector is evident throughout the European cargo market, whereas growth is reported outside Europe.

September saw 4.6 million passengers travelling from and to European destinations (+1.9%). Poland and Austria are destinations that are rapidly gaining in popularity (each experienced over 20% growth). Traffic to and from Turkey is also growing (+7%). Passenger numbers to Spain fell slightly (-1.5%) compared to last year, while Italy rose (+4%).

Due to the loss of Jet Airways, transport to India has decreased (-62%). In addition, the loss of WOW air has caused a drop in passenger numbers to and from Iceland (-36%). Adria Airways also stopped flying to and from Slovenia at the end of September, which is why a dip (-10%) is now being reported here. This dip is expected to increase in the coming period, as Adria Airways traffic stopped at the end of the month.

Click here for the complete overview of traffic and transport figures for September 2019.