A total of 5,035,000 passengers travelled through Finavia’s airports between January and May 2020. Compared to the same period last year, passenger numbers decreased by 60.6 percent.

April saw an unprecedented halt in global air travel as the coronavirus pandemic started to restrict travel. International traffic accounts for a large proportion of the air traffic in Finland, which explains the significant plummet in passenger numbers. The travel restrictions that were put in place in order to prevent the spread of the disease left Finavia’s airports practically deserted.

Helsinki Airport saw a total of 3,992,600 passengers between January and June. The corona crisis caused passenger numbers to plummet starting from the beginning of April, and the airport saw 139,000 passengers between April and June. This is a 97.6 per cent reduction compared to the same period during the previous year. Due to the travel restrictions, the passengers arriving in Finland by air were mostly returning home, and the only routes that were flown from Finland were essential supply routes, mainly to destinations in Europe.

The majority of Finavia’s regional network airports were closed starting from 19 March due to there not being any air traffic. Between April and May, there was passenger air traffic only from Oulu Airport, Rovaniemi Airport, Turku Airport and Mariehamn Airport. The passenger numbers for regional airports between April and May were therefore low, measuring in the hundreds. Most regional airports were opened in June when the government lifted some of the restrictions on travel, and airlines could resume operation of their routes. Joensuu Airport, Kajaani Airport, Kemi-Tornio Airport, Kokkola-Pietarsaari Airport and Kuusamo Airport remain closed because airlines have announced that operations will resume at the end of October, when the winter schedule begins, at the earliest.

“This spring and early summer have been unprecedented for air traffic. The effects of the corona crisis have hit the entire air travel business, including Finavia’s airports. At Helsinki Airport, we haven’t seen passenger numbers this low since the end of 1980s,” says Finavia’s Route Development Manager Petri Vuori.

“We expect that the travel restrictions in Finland will be lifted further in July and that airlines will be able to resume operations to their usual destinations. The revival of air traffic is also affected by how other countries lift their restrictions,” Vuori adds.

At the moment, international flights are operating from Helsinki Airport, Turku Airport and Mariehamn Airport to nearly 20 destinations. Domestic routes are operating from Oulu Airport, Kuopio Airport, Pori Airport, Vaasa Airport and Rovaniemi Airport. Several airlines intend to operate flights from Finland to Europe in July, and passenger numbers are expected to grow towards the end of summer.

According to Vuori, Finavia will do its best to ensure that passengers will be able to feel confident about flying. At the airports, several kinds of arrangements have been made and measures taken to promote safe travel. He would also like to remind all passengers to bring masks on their travels. Finavia recommends that air passengers always use a mask as they move about the airport. Some airlines and international airports also require masks.

Finavia’s air traffic statistics are published on the Finavia website every month. 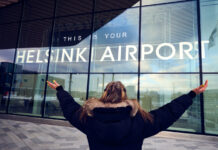 Finavia’s statistics: Air traffic is recovering at a fast pace

Finnish airports get lots of new routes this summer 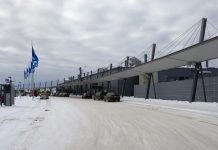