The first commercial flight at Sanaa airport in six years was given a proper water cannon aviation salute.

A plane from Yemenia took off from Sanaa (SAH/OYSN) on Monday. It is the first commercial flight in six years from the capital of Yemen controlled by the Houthi rebels, made possible thanks to a truce in the war which has ravaged the country since 2014.

The aircraft registered 7O-AFA, one of four Airbus A320s currently in Yemenia’s fleet, had reached Sanaa in the morning as flight IY400, coming from Aden (ADE/OYAA). It then took off around 09:00 (UTC+3) for flight IY648 via Aden to Amman (AMM/OJAI), the capital of Jordan, where it arrived at 11:38 local time.

According to local authorities, it was carrying around 100 Yemeni passengers, mostly sick or elderly people. The plane flew back to Yemen as IY649 about an hour later, as shown on Flightradar24.

Houthi rebels took control of the Yemeni capital in 2014, sparking a bloody conflict with the internationally recognised government. A military coalition led by neighbouring Saudi Arabia has been intervening since 2015 to support loyalist forces. This coalition controls all of Yemen’s air space. Only UN flights have been allowed at the Yemeni capital airport since 2016.

These long-awaited flights will not, however, be sufficient to meet “the enormous needs” of the Yemeni population, largely cut off from the world in recent years, warned the deputy director of the Civil Aviation Authority Raed Jabal. “We ask the UN and the competent authorities for the permanent opening of Sanaa airport for all the Yemeni people, without any restrictions or conditions,” he said before attending the departure of the first plane. 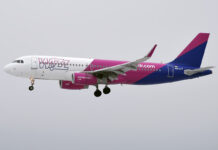 Wizz Air in Jordan with new routes from Milan, Rome, Vienna and Abu Dhabi to Amman 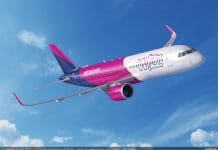 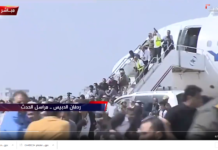 Explosions at Aden Airport, Yemen, on arrival of new government; 26 dead and more than 50 injured