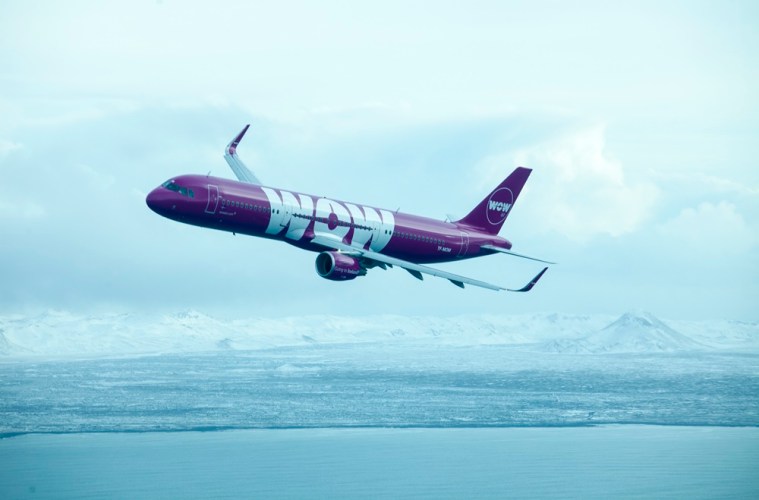 In a declaration of support for queer rights Icelandic airline WOW air has named one of its new Airbus planes TF-GAY. Founder and CEO of WOW air, Skúli Mogensen, says that the aircraft’s name fits perfectly into the company’s concept of what it means to be a modern family in a multicultural society.

“WOW air is an airline for the people and one of our most important tasks is to lower fares in order to enable everybody to travel the world and get to know different cultures. We wholeheartedly support queer people’s fight for rights. Just as we support equal rights for everybody, no matter their gender, religion, ethnicity or culture. By making it possible for everybody to travel with us, we’ll hopefully manage to make the world slightly smaller, and better,” explains Skúli Mogensen, founder and CEO of WOW air, when asked about the name that the Icelandic airline has given one of its three new Airbus A330: TF-GAY.

Skúli says that the idea behind the name came about when WOW air announced that it would start flying to San Francisco this summer. “One of our pilots came to me and suggested this name and I thought it was a cool idea so we went ahead with it,” he recalls and adds that they thought it would be appropriate to name their first plane to fly to San Francisco TF-GAY, in a nod to the city’s queer history.

“Furthermore the name fits perfectly into this concept of ours to create a modern family out of our air planes from the names we give them,” he also points out, referring to the company’s tradition of giving its planes names that represent family members; that is TF-MOM, TF-DAD, TF-SIS, TF-BRO, TF-SON and TF-KID. “WOW is basically MOM upside down and everybody loves their mom! Since day one, we’ve emphasised joy and friendliness in our services because we want everybody to feel welcome in the WOW family. And we think TF-GAY fits right in with our modern family concept.”

“We wholeheartedly support queer people’s fight for rights. Just as we support equal rights for everybody, no matter their gender, religion, ethnicity or culture.”

The name seems like a declaration of support for the queer community. Do you personally support its fight for equal rights?
“Yes, definitely,” Skúli says with firm belief. “I was fortunate enough to be brought up in different places of the world and have lived here and there, still going all around the globe. The more you get to know people in different corners of the world the more you realise that of course we should all respect and learn from each other, no matter what our religion, skin color or sexual orientation is.”

The Painted Ladies of San Francisco, California sit glowing amid the backdrop of a sunset and skyscrapers.

Asked if he’s not afraid that the name might get negative reactions, Skúli shakes his head. “If I were worried or scared of what people might say about me or what I do, then WOW air wouldn’t exist.”

But what do you think of companies that have publicly spoken against queer people’s campaign for equal rights?
“Prejudice and narrow-mindedness are usually the result of ignorance and an inferiority complex. So such views judge themselves.”

TF-Gay is one of three new Airbus A330 planes that WOW air intends to use for its longer routes, such as to San Francisco and Los Angeles, and Skúli says that bookings have been going great. “We see it as encouragement to keep on trying and testing new, exciting destinations for the airline.”

And with this new addition to your fleet, your passengers will be flying with much larger planes than before?
“That’s right, these three Airbus A330 have capacity for 350 passengers each and are therefore the largest planes to have been used in Icelandic air travel so far. Our other planes that we are using take 174 and 200 passengers so it’s quite an increase. Our “little” WOW family is growing fast and now we only need more fun names for its newest members!”

WOW air is adding three Airbus A330-300 jets to its fleet. The first one arrives in early March and will have the registration name TF-GAY. The other two planes arrive in June and will be given the names TF-LUV and TF-WOW. TF-GAY will be used for WOW Air’s inauguration flight to San Francisco this summer, revering the city’s queer community and its important role in queer culture’s history.

No AOC application for MOM air, the “new” Icelandic airline