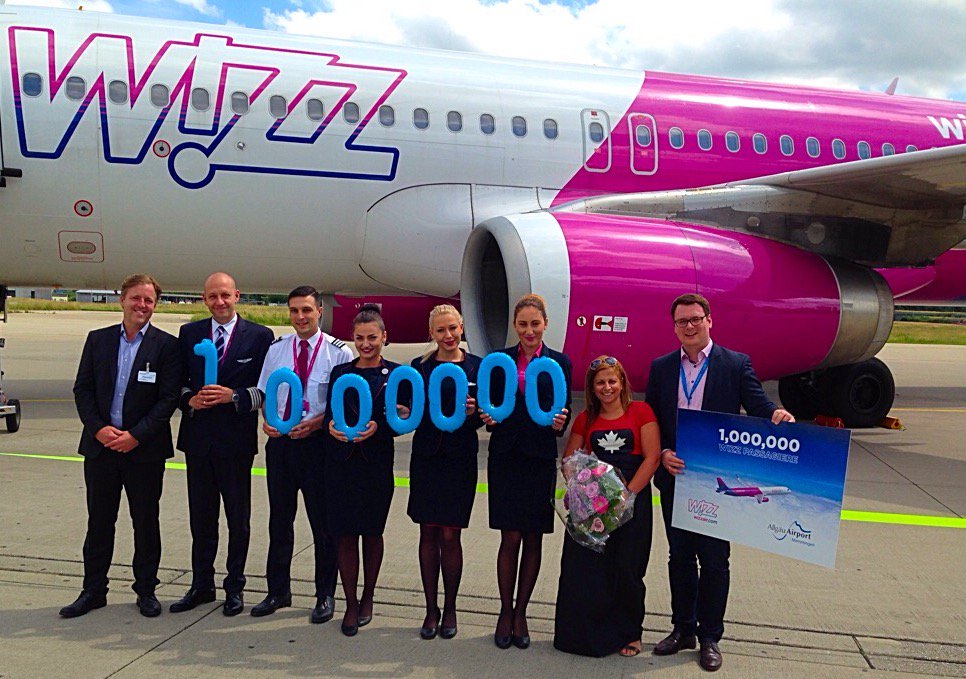 The first WIZZ flight took off from Allgäu Airport in August 2009 and since then, the airline has constantly expanded its low fare route network connecting Bavaria with ever more Central and Eastern European destinations. With the recently announced Podgorica, Kutaisi and Nis services, Wizz Air now offers 13 routes to nine countries from the airport.

Wizz Air’s Germany network has also seen a significant growth in the past years. In calendar year 2015, over one million passengers flew with WIZZ to and from Germany, which represents a 25% growth year over year.  Underlining its commitment to the country, the airline has recently launched operations from Berlin Schönefeld, Hamburg and Karlsruhe/Baden Baden, growing the number of its German airports to nine. Wizz Air’s low fare route network from Germany now consists of 62 routes to 20 destinations across 12 countries.

Johan Eidhagen, Chief Marketing Officer at Wizz Air, said: “We are thrilled to celebrate this memorable milestone of one million WIZZ passengers to and from Memmingen. We started our fruitful cooperation with Allgäu Airport seven years ago and our Memmingen customers can now visit 13 exciting Central and Eastern European destinations on our low fares while enjoying our excellent onboard service. We will keep on delivering low fares, enhancing customer experience  and expanding our ever growing network with more attractive services to best meet the needs of our Bavarian customers. Our friendly crew looks forward to welcoming you on board a WIZZ flight!”