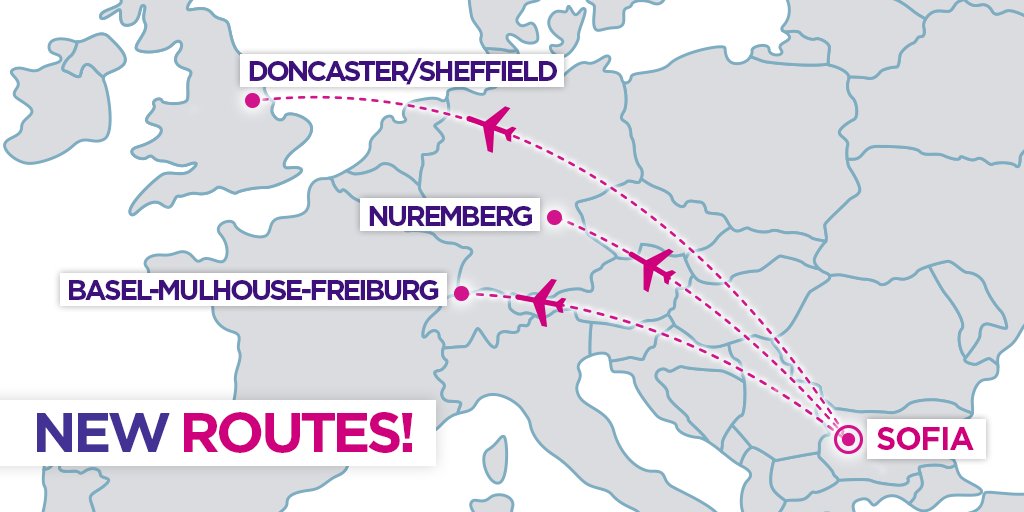 Wizz Air, the largest low-cost airline in Central and Eastern Europe, today celebrates the 12th anniversary of its first flight. Founded in September 2003, the first Wizz Air flight took place from Katowice, Poland on 19 May 2004, launching an ambitious goal of establishing a low-cost airline operating out of Central and Eastern Europe. Having successfully achieved this, the airline continues to innovate to best serve its customers’ needs and today announces the launch of the airline’s new website as well as new aircraft capacity and routes.

Wizz Air’s new website has a responsive layout easily adjustable to any size of display: be it a smartphone, a tablet or a desktop, and it is easier to use than any other current airline website. The revolutionary Express Booking function is a first-of-its-kind feature that allows customers to purchase a ticket in just three clicks within 30 seconds. WIZZ is first rolling out the new website’s mobile version, to meet the needs to WIZZ’s tech-savvy customers as mobile transactions double year on year. Over the next weeks, the website will be rolled out across all platforms. The website is already live and can be accessed directly via smartphone through wizzair.com or by going tom.wizzair.com from any device. A demonstration of the new website layout and features can be found at https://youtu.be/utQMi6u6ubg

Wizz Air has also announced today that it will increase capacity and add new aircraft to its bases in Bucharest and Sofia. Starting from December 2016, the Romanian capital will have nine based aircraft, while in Sofia there will be a total of seven. The additional capacity will be deployed on new routes such as Bucharest – Tenerife, Sofia – Nuremberg, Sofia – Basel, and Sofia – Doncaster Sheffield, as well as increased frequencies on existing routes to many popular destinations. The new routes are already on sale starting from GBP 15.49 / EUR 19.99 and can be booked on wizzair.com

József Váradi, the Chief Executive Officer of Wizz Air said: “Over the last twelve years, Wizz Air has revolutionized air travel across Central and Eastern Europe.  We currently connect 39 countries, with destinations stretching from Europe to the Middle East. Last year, we launched our refreshed brand and took delivery of our first Airbus A321 aircraft, the most efficient single-aisle aircraft in the world and with our ongoing deliveries, our fleet remains one of the youngest in Europe. Our mission is to seek constantly to improve our passengers’ travel experience and, today, we are taking the next step with the launch of our new website.  Reflecting the innovation that WIZZ has delivered since its first flight, we are listening to our passengers and making booking flights even easier – the new Express Booking function is revolutionary and allows bookings at WIZZ’s low fares to be made in just three clicks within 30 seconds. We will continue to develop our route network to Europe and beyond and look forward to welcoming returning and new customers on board to experience Wizz Air’s great service delivered by our fantastic crew.”

*one way including all taxes and non-optional charges