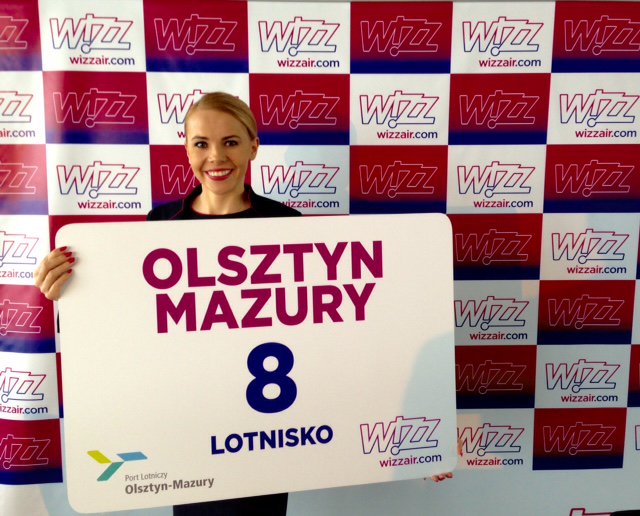 Wizz Air today announced its 8th airport in Poland with the commencement of operations from Olsztyn-Mazury Airport.

From 18 June, the airline will offer a new service to London Luton from Olsztyn-Mazury connecting Northeast Poland with the capital of the United Kingdom three times a week.

With an initial seat capacity of 27,000 seats in calendar year 2016, the new route is expected to stimulate aviation and hospitality sectors in the region, while allowing Masurian passengers to travel on WIZZ’s low fares to the UK. Tickets on Wizz Air’s new Poland route is already on sale and can be booked from only PLN 99 / GBP 18.49*.

Since its first flight in 2004, Wizz Air has constantly expanded its operations in Poland. The airline has now 19 aircraft based at six Polish airports employing over 700 dedicated crew, who deliver excellent onboard service on each WIZZ flight. In 2015 Wizz Air carried more than 6 million passengers on its low fare routes supporting some 4500 local jobs.

Gabor Vasarhelyi, Communications Manager at Wizz Air, said: “Wizz Air continues the expansion of its low-fare route offer in Poland and we are thrilled to announce our first route from Olsztyn-Mazury Airport to London. We are sure that our new service to the capital of the United Kingdom will be welcomed by consumers as we bring low fares to the region. Likewise, we are confident that UK passengers will enjoy visiting the Masurian Lake District that has a wide range of outdoor activities to offer to its visitors. Tickets are already on sale starting from PLN 99 on wizzair.com. Our Polish crew looks forward to welcoming you on board!”