WestJet today, as part of its wider growth strategy, announced its 2023 summer 787 Dreamliner routes from YYC Calgary International Airport, unveiling Tokyo, Japan, as its first destination in Asia with new service to Narita International Airport. The airline is also creating greater two-way tourism opportunities and increasing connectivity between Western Canada and Europe with new service between Calgary and Barcelona, Spain and Edinburgh, Scotland along with increased frequencies on existing European routes. Today’s announcement comes as WestJet prepares for broader expansion within Canada and North America over the coming months.

Positioned perfectly to connect Western Canada to the world, WestJet’s 787 flying from Calgary will see the airline take flight to eight transoceanic destinations in 2023. With 40 weekly departures strategically scheduled to maximize connecting capacity across 24 Western Canadian communities, the airline will offer more competitive options for its leisure and business guests and cargo customers as it fulfills its new strategic direction.

“This is an exciting day for the WestJet Group, our guests, and partners as we deliver on our new strategy and demonstrate our western focus as we increase our Calgary capacity by more than 25 per cent in 2023. Starting with the expansion of our intercontinental routes, future announcements will focus on domestic and North American additions that will bring even more affordable travel options to our guests in the new year,” said Alexis von Hoensbroech, WestJet Group Chief Executive Officer. “With Calgary as home base to our 787 aircraft, access between western Canadian communities and these intercontinental destinations will play a vital role in creating an economically prosperous aviation pipeline that better connects Canadians to the world and the world to Western Canada.”

With its expansive modern architecture, traditional roots, established ties to Alberta’s tourism and business economies and connectivity to more than 50 destinations across the continent, Tokyo is a natural choice for WestJet’s first destination in Asia. With three-time weekly seasonal service beginning, April 30, 2023, WestJet will be the only airline providing transpacific service to Asia direct from Alberta.

“The Government of Alberta congratulates Calgary and WestJet, and believes this is a major announcement for our province. Alberta is opening more to the world. We are excited to see the agreement from October result in billions of new investment come into Calgary,” said Danielle Smith, Premier of Alberta. “New routes are opening our province to major cities throughout the globe. We look forward to more good news like this in the future and remain committed to growing Alberta’s aviation and tourism sector in the future.”

Details of WestJet’s Service to Tokyo*

WestJet’s service from Calgary to both Barcelona and Edinburgh will operate seasonally from May to October, up to three-times weekly. With the addition of its newest routes, WestJet will offer service to six European cities, increasing capacity by 95 per cent with flights to London Heathrow and Gatwick, Paris, Rome and Dublin.

“This is a tremendous day for WestJet, our city and for YYC Calgary International Airport. Calgarians will now have more choices when travelling abroad thanks to WestJet’s major investment in flights from our airport. WestJet making Calgary its single global 787 hub and these additional route offerings demonstrates their confidence in the economic future of both Calgary and Alberta. And it reinforces the advantage of YYC Calgary International Airport’s strategic position as a global connections hub,” said Bob Sartor, President and CEO of the Calgary Airport Authority. 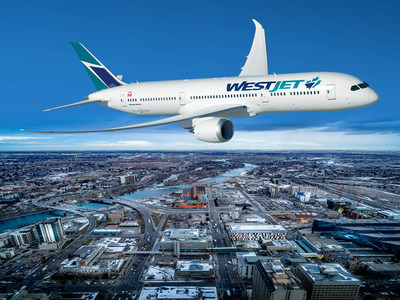 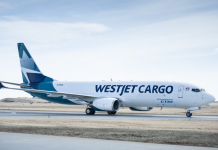 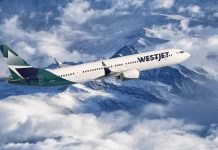