In all its markets, the airline will offer a total of 143 routes during the Christmas period, among which 60 are exclusive

During winter holidays, the airline will increase available seats by 33% vs. 2019 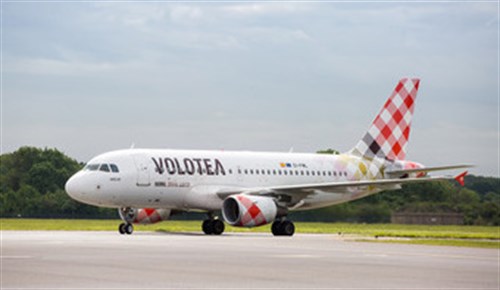 Volotea has just launched its commercial offer for the 2020 Christmas holidays. The airline enhances its network in France, Spain and Italy with the creation of 10 new routes and an increase in the frequency of existing connections. A total of 143 routes will be operated in all its markets, including 60 exclusive routes. More than half a million seats will be offered, an increase of 33% compared to 2019.

Volotea, the airline of mid- and small-sized European cities, has put up for sale its offer for the period from 17 December 2020 to 11 January 2021. Volotea has reworked its network and developed its domestic offer (82% of the seats offered over the period). The airline has also increased the frequency of its winter routes and created 10 new connections, each operated twice a week (Lanzarote – Oviedo; Bilbao – Granada; Granada – Oviedo; Las Palmas – Oviedo; Lille – Nantes; Barcelona – Verona; Genoa – Paris; Luxembourg – Toulouse, Nantes – Perpignan and Lille – Perpignan; the latter two being summer routes operated for the first time in winter). In total, more than half a million seats will be offered over the Christmas period, 33% more than last year.

“We couldn’t be happier to share this positive news by launching today our brand-new offer. As we did this summer, our aim is to enable our customers to better plan their winter travel and to help them reunite with their families and friends in the upcoming holidays or breaks. We have been working hard to offer our clients the best flight options by increasing our frequencies and creating new connections where necessary while maintaining the highest standards of Health and Safety so they can travel confidently with us.” said David Gonzalez, Chief Commercial Officer of Volotea.

Volotea opens new base in Naples