Stronger summer ever with over three million passengers, with 96% seat load after Volotea’s successful pre-summer investment 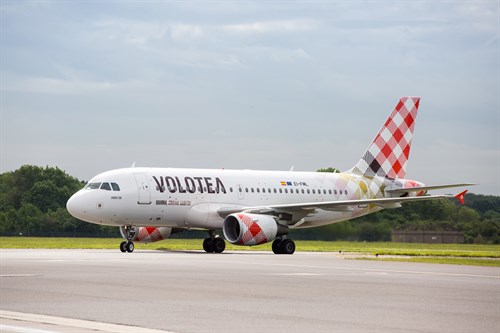 Volotea, the airline connecting mid and small-sized European cities, has carried more than three million passengers from June to August with 96% seat load. Before the summer, Volotea invested 15 million euros in an ambitious plan to protect operations and increase customer satisfaction that has proven to be successful.

Volotea successfully implemented in the first half of 2019 a set of measures to protect its operations this summer, including the coordination of flight operations, back-up assets, new and improved passenger services either at the airports, call centre and onboard.

Volotea added six additional Airbus A319 aircraft this year, for a total fleet of 36 units. With four aircraft devoted to strength operational integrity. This back-up fleet, strategically located in France, Italy and Greece has worked as valuable resources to allow a faster response when needed this summer.

At the same time, Volotea has increased its operations during this period and served more than 23,000 in these three months, meaning more than 270 flights every day, carrying three million clients with an average 96% seat load. All bases showed seat load figures above 95% and, in August, 100% seat load was reached in Athens and Bilbao and 99% in Nantes and Verona.

Passengers have been able to enjoy a successful operational programme together with improved client experience services that helped Volotea achieve the highest satisfaction levels ever with a record high 82% for the summer period.

“This has been our strongest operational summer ever. We are extremely pleased how our high investment level paid off for serving our 319 routes with the highest reliability and safety standards”, Isidre Porqueras, Chief Operating Officer of Volotea stated.

In 2019, Volotea opened 41 new routes to serve a lineup of 319 routes, operating flights to more than 80 mid and small-sized cities in 13 countries: France, Italy, Spain, Germany, Greece, Croatia, the Czech Republic, Portugal, Malta, Austria, Ireland, Luxembourg and Morocco. The airline expects to carry between 7.5 and 8 million passengers in 2019.

Volotea, the airline of European mid and small-sized cities, has carried more than 25 millionth passengers since its first flight in 2012 and 6.6 million in 2018.

In 2019, Volotea is opening 41 new routes to serve a lineup of 319 routes, operating flights to more than 80 mid and small-sized European cities in 13 countries: France, Italy, Spain, Germany, Greece, Croatia, the Czech Republic, Portugal, Malta, Austria, Ireland, Luxembourg and Morocco. The airline expects to carry between 7.5 and 8 million passengers in 2019.

Volotea employs over 1,300 people in 2019 capitalizing in its activity growth. This year 200 new positions have been created.

In 2019, Volotea operates its network with 36 aircraft, Boeing 717s and Airbus A319s, after adding six additional aircraft in 2019. Both models are recognized for their comfort and reliability, with Volotea offering reclining seats which are 5% wider than the average in airlines.

The Airbus A319 is the aircraft model selected for its future growth and will allow the company to increase its passenger capacity by 25% to 156 seats and to serve longer routes.

Volotea will connect Toulouse to Hamburg on behalf of Airbus