A great example of fast decision making during these challenging times for business: on Friday 11 April Liège Airport (LGG) & partners launched a Pop-Up Handling facility to increase the airport capacity for bringing in medical supplies as Belgium & Europe are fighting COVID-19.

Building B24, where the Pop Up Handler is now live, is part of the agreement between LGG and Volga/AirBridgeCargo (ABC) who will lease warehouses at LGG in 2 phases as part of ABC making Liège their European Hub (including office space). Originally planned to start in April 2020, the lease was pushed back to June 2020. With the designated operator for the ABC hub, Worldwide Flight Services (WFS), already prepared to start, there was a great opportunity for creative management & fast decision making.

Adding to the overall goal of the Liège Airport Community to do all that is possible to support Belgium & Europe during the fight with COVID-19, the Pop Up Handler is now live until 31 May. Aero Services is operating the ramp, WFS the warehouse, charter operators are invited to contact WFS or LGG for ad hoc operations. 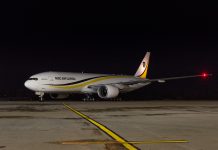 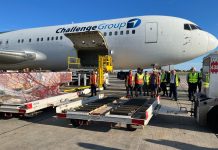