On 15 August, a Ural Airlines Airbus A321 (VQ-BOZ) operated flight U6178 between Moscow Zhukovsky Airport and Simferopol International Airport, Ukraine. During take-off, the aircraft suffered a bird strike on both engines forcing the pilots to crash land in a corn field just behind the runway.

The aircraft carried 226 passengers and 7 crew members, emergency slides were used to evacuate the aircraft. Sources say that between 10 and 15 passengers or crew members with minor injuries have been reported.

The airline confirmed the accident stating that a large flock of birds hit the aircraft’s engines and that the aircraft made an emergency landing.

On videos from passengers that were filming during take-off, it clearly shows that seagulls hit the Airbus and that the aircraft didn’t have enough power to gain height.

Ural Airlines A321 (VQ-BOZ) made an off-airport emergency landing in a cornfield after both engines ingested birds shortly after take-off at Moscow-Zhukovsky Airport (UUBW), Russia. There are some injuries among 234 people on flight #U6178 to Simferopol. https://t.co/BQY7NVXDYQ pic.twitter.com/kAPZgYmC2g

And another video of the takeoff Ural airlines Airbus A321. Left side. Seagulls are visible clearly pic.twitter.com/jEXPOLuDN8

Passenger video captures moment a Ural Airlines A321 makes emergency landing in a corn field following a bird strike on both engines during takeoff from Zhukovsky airport (Video:bazabazon). https://t.co/DcW24EYmXl pic.twitter.com/fEpufQbTuu

On 15.08, Ural Airlines flight #U6178 Airbus A321 (VQ-BOZ) operating from Moscow to Simferopol suffered a bird strike on takeoff. The aircraft landed in a field near the airport. 226 passengers + 7 crew, 15 minor injuries reported. @AviationSafety @aviation24_be @breakingavnews pic.twitter.com/wDPB2gbA7w

Ural Airlines flight U6178 from Moscow to Simferopol made an emergency landing in corn field (!) shortly after takeoff from Zhukovsky airport. All 233 on board are alive.
Source 112 TG channell. pic.twitter.com/3jI4l7dZJi 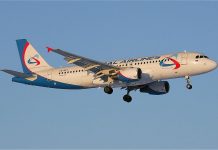 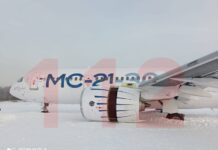 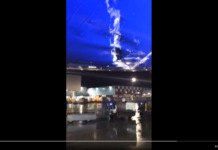