United Airlines announced today it has filed an application with the U.S. Department of Transportation (DOT) for three weekly nonstop flights between Washington, D.C. and Cape Town, South Africa. If approved, United’s flights will become the first nonstop service ever between Washington D.C. and South Africa’s legislative capital, Cape Town.

This long-overdue route will benefit important government-to-government connections and increase communication and commerce with a region that has strong cultural ties to South Africa.

United’s proposed service would begin Nov. 17, 2022, and operate on 787-9 aircraft, maximized to meet consumer demand and benefit both U.S. and South African travelers. If approved, the flights between Dulles and Cape Town will connect 55 cities across the United States to Cape Town, representing more than 90 percent of the entire U.S. travel demand to Cape Town. United’s Washington Dulles hub is a gateway to the nation’s capital and elsewhere, operating more than 230 daily flights to nearly 100 destinations around the world – including more than 10 world capitals and new service to Accra, Ghana and Lagos, Nigeria.

“From creating new jobs, to supporting key civic and aid organizations, United has taken tremendous pride in growing our family and operations in South Africa, and across the African continent,” said Patrick Quayle, United’s Senior Vice President of International Network and Alliances. “If awarded by the DOT, this historic nonstop service will significantly enhance travel options for consumers, strengthen ties between our countries legislative and diplomatic epicenters, and benefit thriving travel and tourism industries serving our respective countries.”

United has worked diligently to develop an African network to promote competition and provide affordable and consistent service options for U.S. travelers. The service will supplement United’s existing flights to four cities in three countries in Africa. It will also allow customers to connect in Cape Town to other points in South Africa, and to other countries in the southern region of the African continent with its South African based partner Airlink and their Cape Town hub.

The Washington D.C. to Cape Town route is the largest between the U.S. and South Africa without nonstop service. D.C. is the second largest point in the U.S. for Cape Town demand and holds the fifth largest South-African-born population. United’s proposed weekly flights will address this gap and complement United’s existing South Africa service between New York/Newark and Cape Town and Johannesburg, providing nearly daily service to Cape Town offered by a single carrier.

United also maintains a close relationship with the Mandela Foundation and BPESA (Business Processing Enabling South Africa) a not-for-profit company that serves as the industry body and trade association for Global Business Services in South Africa. United recently announced a collaboration with travel company Certified Africa. Certified Africa’s mission is to make travel to African countries easy, immersive, and life changing for millions of the African Diaspora across the United States. 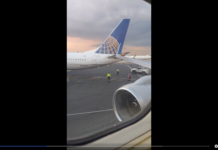 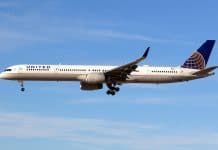 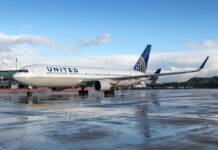