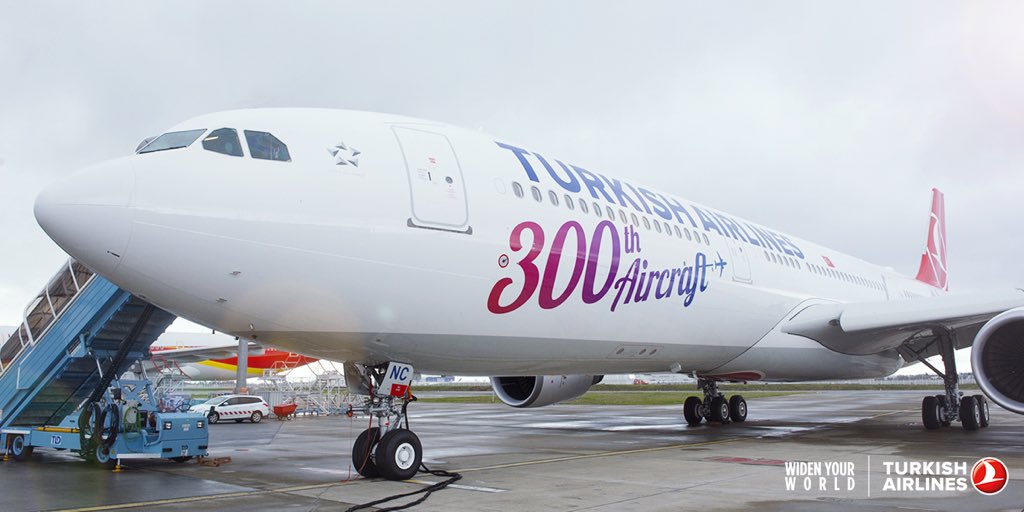 The fleet of Turkish Airlines reached the 300th aircraft milestone with an A330-300, handed over during a ceremony today in Istanbul. To be deployed on medium- and long-haul routes in developing the airline’s growth strategy, this aircraft is fitted with “made in Turkey” galleys and economy-class seats.

Turkish Airlines is a long-time operator for Airbus jetliners, starting in 1984 with the A310. Today, it operates some 160 Airbus-built aircraft, including more than 50 from the A330 Family.