Following the spread of Covid-19 around the world, Algerian authorities have decided to temporarily close the air borders in order to limit the circulation of the deadly virus.

After more than a year, the same authorities announced the partial reopening of the borders on 1 June. To this end, a new international flight programme was implemented on 28 August, which aims to increase the number of flights with seven countries, namely France, Spain, Turkey, Germany, Italy, Russia and Tunisia.

Although Belgium does not appear on the list of the seven countries concerned by the resumption of flights with Algeria, TUIfly Belgium has been offering tickets to Algeria for next October. The price for a one-way ticket, with a small suitcase in the cabin and without luggage, is estimated at 359.99 euros on the website of the Belgian company.

Several Algerians residing in Belgium did not hesitate to book with this company in order to reach their national territory.

Since the Belgian airline is not authorised by the Algerian authorities to operate flights to Algeria, this will lead to the systematic cancellation of reserved flights.

In reply to a question from aviation24.be, TUIfly Belgium spokeswoman Sarah Saucin explained: “There is little prospect of reopening Algeria’s borders with Belgium. Therefore, we apply a cancellation period of 4 weeks. Flights remain on sale because this route is traditionally characterised by last-minute bookings and the impact on our customers is therefore limited. In addition, we hope that Algeria will soon add Belgium to their list of “safe” countries, which would boost air traffic. We are monitoring the situation closely.” 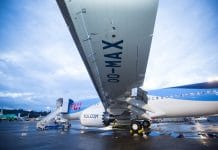 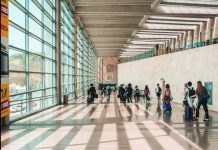