TUI fly Belgium today (31 October) released its 2019 Summer schedule. From 31 March 2019, the holiday airline will add six new destinations to its network: Antwerp Airport (Tanger and Lublin), Liège Airport (Antalya, Izmir and Rhodes) and Antalya from Brussels South Charleroi Airport. TUI fly Belgium is the only Belgian airline that operates from all five Belgian commercial airports. Enfidha in Tunisia is the most connected destination: scheduled flights from five Belgian airports.

A new destination from Charleroi is Antalya, with a twice weekly flight.

Three new destinations from Liège Airport: twice weekly to Izmir and Antalya, and flights to Rhodes.

On request of the Moroccan and Polish communities in Belgium, TUI fly will launch two new flights to Tanger, Morocco and Lublin, Poland. Due to a high demand, TUI will also launch flights between Antwerp and Enfidha, Tunisia. On popular destinations like Alicante and Malaga, the airline is adding additional flights (five weekly flights). The airline, however, will scrap all Barcelona-flights due to overcapacity on the market.

Two Embraer E-190 will permanently be based at Antwerp Airport.

Additional flights to Alicante and Malaga (six weekly flights), also extra flights to Ibiza and Corfu. No more flights to Barcelona and Nice.

More information and bookings via www.tuifly.be or in your travel agency. 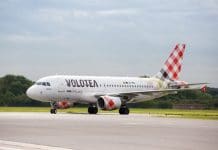 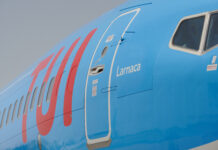